While its big brand competitors invest millions of pounds a year into advertising, ethical chocolate brand Tony’s Chocolonely has reached revenues of over €100m (£83m) without spending a penny on above the line media.

In fact, the product itself is the brand’s “number one marketing tool”, head of marketing Nicola Matthews said at the Festival of Market: Transform today (24 March).

“We’re a bit unique at Tony’s, as until recently we hadn’t spent a penny on above the line media and we’ve got the number one market share in the Netherlands,” she said.

Instead, Tony’s relies on building brand advocacy and word of mouth. The business aims to recruit “chocofans”, or people who love and enjoy chocolate. The goal is then to turn them into “serious friends” of the brand, who might give Tony’s chocolate to someone as a birthday present, buy a personalised bar, or talk about the brand on social media.

We really do believe if you’ve got a story worth telling then you shouldn’t have to pay to tell it.

Eventually, Tony’s hopes to turn customers into “serious friends forever”, who are so evangelical about the brand that they go as far as to get tattoos.

According to Matthews, Tony’s product is the brand’s biggest “recruitment tool”. Firstly because of its “delicious” flavour, which brings people into the brand and gives it the opportunity to tell them about its overarching mission to make the chocolate supply chain 100% slave free.

“The product is a physical manifestation of the inequality in our industry,” Matthews explained, adding that it often sparks conversation among customers. Tony’s also prints its manifesto inside its wrappers. 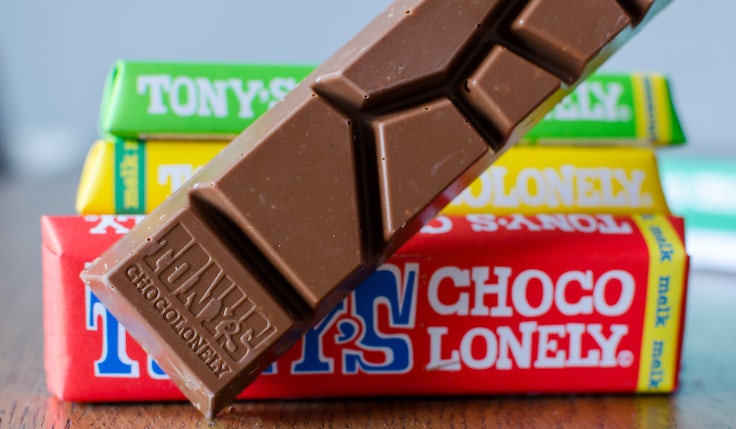 “Our product really is our number one marketing tool. We use all of our products to tell our story,” Matthews said.

Offering an example of how Tony’s has used its product in new and different ways to communicate its brand story, Matthews highlighted its ‘Sweet Solutions’ campaign last summer. The brand launched four limited edition bars designed to look like other chocolate brands, including KitKat, Toblerone and Twix.

While the bars were only available online in the UK, they were stocked in major retailers in other markets, including Wholefoods in the US.

Then, at the end of last year, Tony’s launched an advent calendar that aimed to highlight the inequality of the industry by leaving a blank space behind one door, and two chocolates behind another.

The idea caused an unexpected level of outrage, written about extensively in the national press. Tony’s received 100 calls, 2,000 emails, and thousands of social media messages complaining about the missing chocolate.

“We found out British people get very upset when there’s no chocolate behind their advent calendar door,” Matthews said, claiming the marketing team were completely unprepared for such a reaction.

However, the brand managed to turn around roughly 95% of their complaining customers by explaining to each the story behind the move, she claimed.

“That’s what I mean about having a real conversation with your fans and turning them into serious friends,” she added.

A good product is never going to be enough on its own to scale a business, however. While Tony’s hasn’t yet spent on above the line media, it has used owned and earned media to spread awareness of its brand, including PR, events, social media and “really disruptive” visibility in store.

“We really do believe if you’ve got a story worth telling then you shouldn’t have to pay to tell it,” Matthews said.

However, admitting that without above the line channels a brand sacrifices reach, Matthews said Tony’s will begin to invest in paid media soon.

“Because frankly we’re just a bit impatient to make more impact in the industry”,” she explained.

“[But] we’ve got to a pretty great place without having to spend money. So that’s a nice lesson for lots of smaller brands.”

Our product really is our number one marketing tool. We use all of our products to tell our story.

Yet, Tony’s still faces an enormous challenge in working out how to communicate such a complex issue in just a few words. It’s “almost impossible”, Matthews said.

As such, media and consumers can sometimes get the wrong end of the stick. In February this year, the brand came under fire in the national press for finding 1,700 child workers in its supply chain.

In truth, Tony’s deliberately sources its ingredients from where child labour problems are the worst so the business can help fix the industry from within, Matthews explained. The 1,700 cases last year were a result of the brand beginning work with two new co-operatives.

Indeed, the industry average for child labour prevalence in West Africa is 46.5%, she claimed, while in the co-operatives Tony’s has worked with long term, that number falls to 3.9%.

“We’re not ashamed of this at all and it ended up being a talking point [and] a real positive,” she said.

However, Tony’s cannot change the industry on its own, she added. “We need big choco to join us so we can make the entire chocolate industry slave free.” 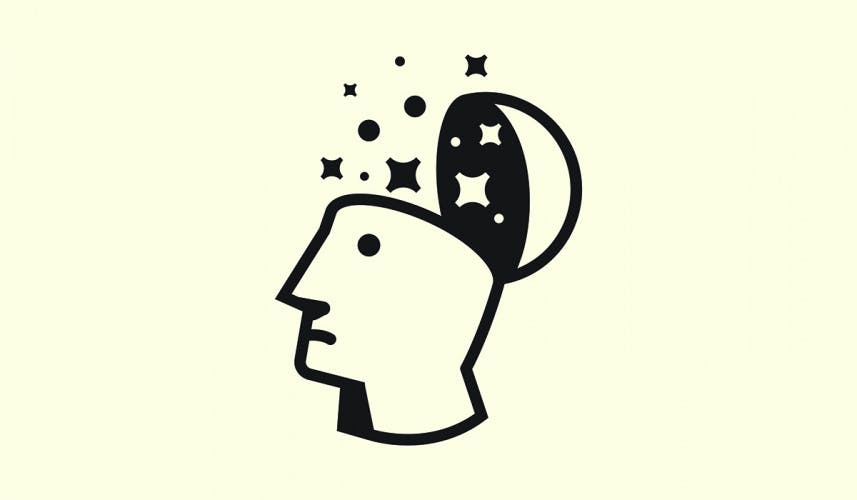 For a repositioning to succeed, it’s crucial to take the project “out of the marketing bubble” and engage the wider business, says Boots CMO Pete Markey.