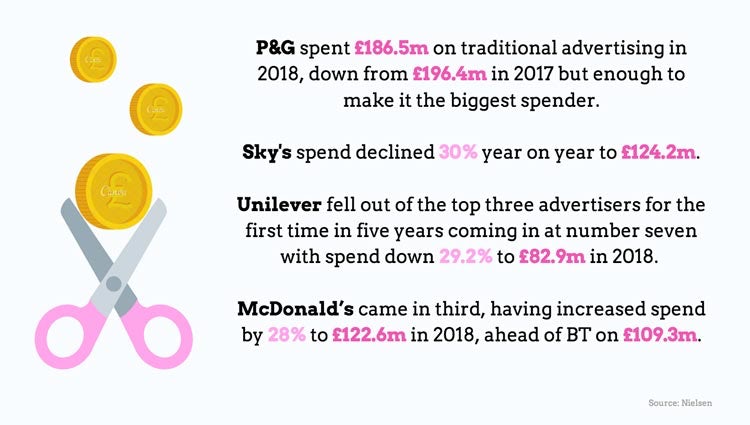 2. Marketers put focus on in-house, rather than agency, talent 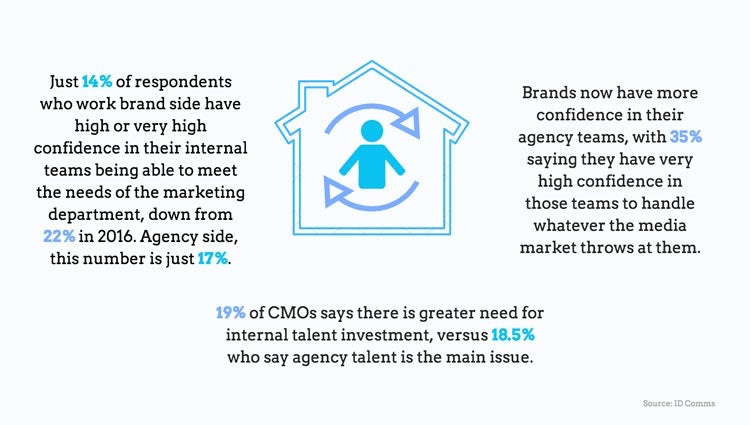 Marketers are increasingly focusing on in-house, rather than agency, talent when it comes to media capabilities as large advertisers invest more in their internal teams.

Just 14% of survey respondents who work brand side said they have high or very high confidence in their internal teams being able to meet the needs of the marketing department, down from 22% in 2016. Agency side, this number is just 17%.

Nearly a fifth (19%) of CMOs says there is greater need for internal talent investment, versus 18.5% who say agency talent is the main issue. That is a shift from two years ago when the quality of the agency talent was the top issue at 29%.

In-house media planning is of particular concern, with brands internal capabilities rising by 6% since 2016. Other areas of focus include ecommerce, cited by 54% of respondents, data (33%) and insight (28%).

3. Marketers say GDPR has not limited their ability to meet customers’ needs 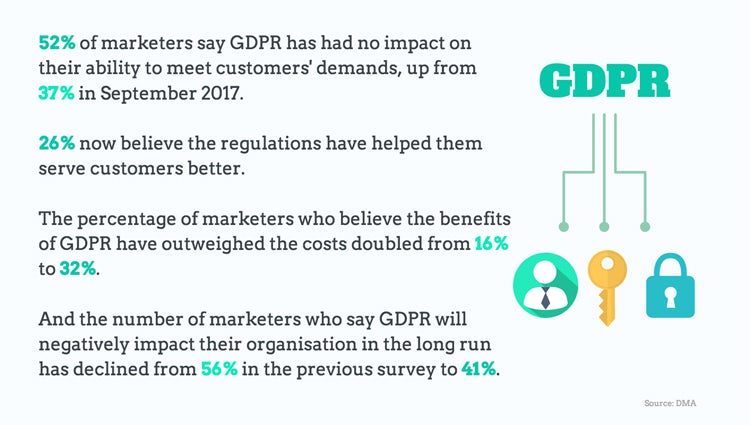 More than half (52%) of marketers say GDPR has had no impact on their ability to meet customers’ demands, up from 37% in September 2017. And 26% now believe the regulations have helped them serve customers better.

The percentage of marketers who believe the benefits of GDPR have outweighed the costs doubled from 16% to 32%. And the number of marketers who say GDPR will negatively impact their organisation in the long run has declined from 56% in the previous survey to 41%.

Additionally, 78% believe the UK should adhere to existing GDPR legislation after Brexit, with 11% wanting stricter rules.

However, when it comes to sales there is still some concern among 38% of marketers who believe the new laws have negatively impacted them while 23% claim their sales have improved post-GDPR. 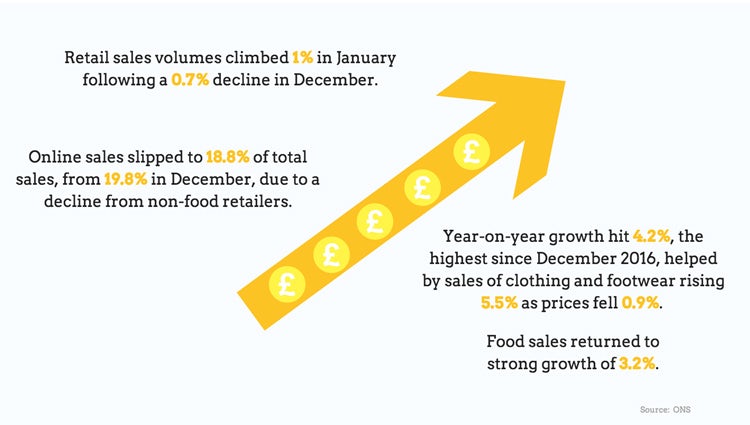 Online sales slipped to 18.8% of total sales, from 19.8% in December, due to a decline from non-food retailers.

Retail sales volumes jumped by a monthly 1.0 percent after their biggest fall in December in a year-and-a-half, the Office for National Statistics (ONS) said, far above the median forecast in a Reuters poll of economists for a 0.2 percent rise. 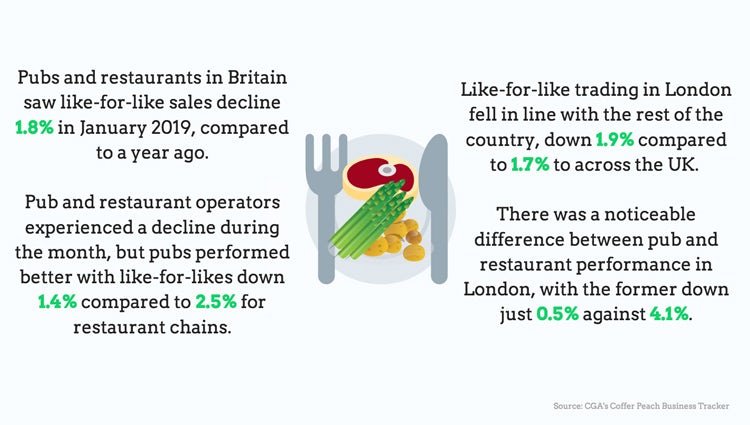 Pubs and restaurants in Britain saw like-for-like sales decline 1.8% in January 2019, compared to a year ago, following a strong Christmas.

Both pub and restaurant operators experienced a decline during the month, although pubs performed slightly better with like-for-likes down 1.4% compared to 2.5% for restaurant chains.

Like-for-like trading in London fell in line with the rest of the country, down 1.9% compared 1.7% to across the UK. But there was a notable contract between the performance of managed pubs and group-owned restaurants in the capital, with the former down just 0.5% against a more significant 4.1% sales decline for restaurants during January.

For the rest of the country, the difference in performance was less stark, with pubs’ like-for-likes down 1.6% and restaurants down 2.0%. 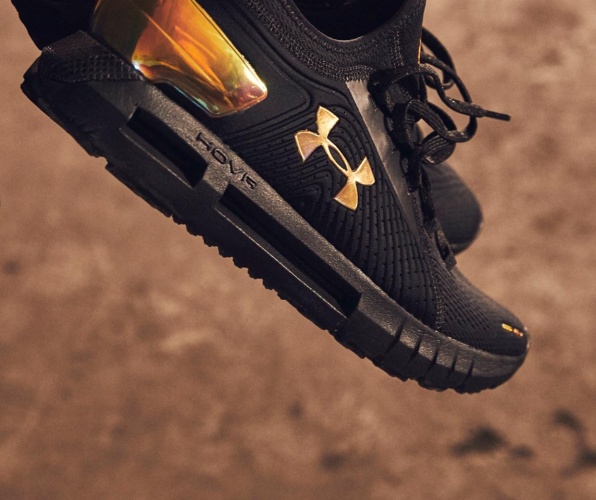 The American sportswear company is trying to make marketing dollars stretch further as it faces relentless competition from industry giants Adidas and Nike. 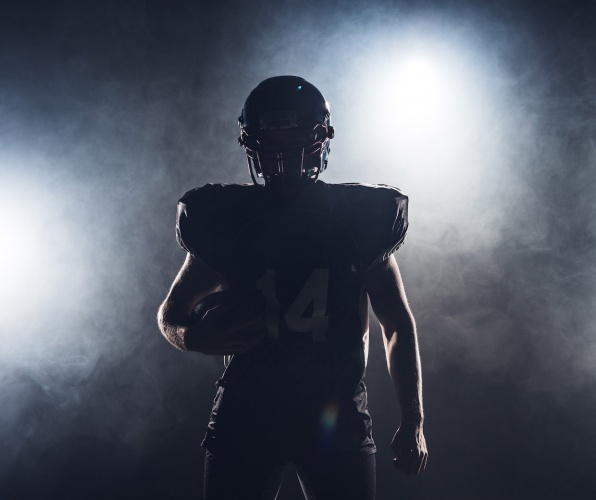 While the New England Patriots’ Tom Brady celebrates his sixth Super Bowl win what we really want to know is, who won the ad battle this year? 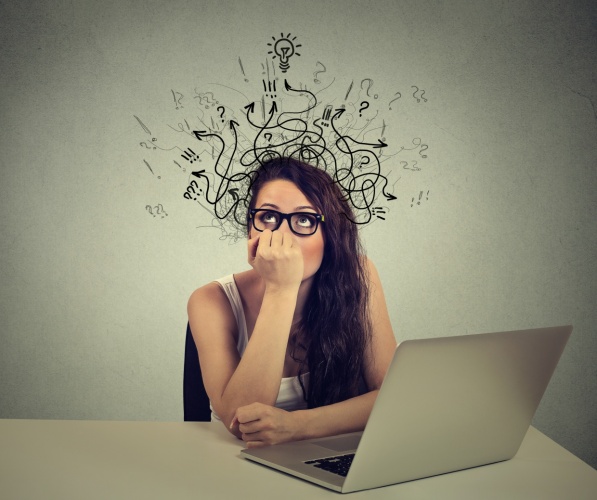 Grabbing consumers’ attention is harder than ever for brands that find themselves chasing their target audience across a multitude of screens at different times of the day.