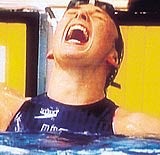 A senior Sydney Olympic Games (SOCOG) marketing executive is suing the organisation over an allegedly unfair contract after she failed to receive an Aus$35,000 (&£13,462) pay rise because she was sacked for accepting a job with one of the Olympic sponsors.

Karen Ruth Webb, who had worked in the SOCOG sponsorship division since 1996, is reported to be claiming compensation for distress and humiliation over her sacking on June 5.

The summons alleges that Webb was told by SOCOG deputy chief executive Michael Eyers: “There has been a reorganisation and as such your position has been made redundant and your employment terminated.”

It is not known which sponsor offered her a job. SOCOG general manager of marketing and sponsorship Mike Bushell was unavailable for comment as Marketing Week went to press.

Department store Debenhams has announced plans to open 11 new stores. Figures released at the same time as the announcement cast doubt on other retailers’ claims that bad weather is to blame for poor high-street trading. A trading statement released yesterday revealed that like-for-like sales rose by 3.3 per cent in the 20 weeks to […]

McCann-Erickson Central has won the Â£8m Jungle.com account just six months after Publicis was assigned to the brief.

National Magazine Company’s managing director Terry Mansfield must have had a wry smile on his face as he snatched Gruner &amp; Jahr from under the noses of IPC Media in a deal that was negotiated over the weekend. The fit is not obvious. Why enter the women’s weekly market, a stonghold of IPC, by buying […]