With the tagline “Why not give something a little different for a change?”, the condom brand played on the buzz surrounding the 50 Shades of Grey film with an ad that encourages people to “ditch fiction and get real”. Created by Havas and Zenith Optimedia, the spot suggests Durex products (and the activities that come along with them) are better than flowers or chocolates.

Lidl may not be the retailer that springs to mind when shopping for lingerie, but its new line certainly garnered attention, becoming the second most watched YouTube ad in February. The supermarket warned consumers “Don’t get caught out this Valentine’s Day” with a prank promoting the launch of its first lingerie range in an ad created by Mediaworks in Dublin.

Climate change charity Stop Climate Chaos looked to Valentine’s Day to push its message by tapping the likes of Stephen Fry, David Harewood and Dermor O’Leary to present Shakespeare’s Sonnet number 18 in a 100-second film. The ad was part of the organisation’s “Show the Love” campaign which aims to help people consider the impact climate change will have on their lives.

Sky 1 used a prank involving a camera, tourists and an imaginary friend in this MediaCom-created spot which promoted the third season of its Moone Boy series, based on actor Chris O’Dowd’s childhood. The style is fitting with the show, which sees O’Dowd play the imaginary friend of a 12-year-old boy.

Sainsbury’s tapped Made in Chelsea’s Spencer Matthews to promote Red Nose Day, which will take place next Friday (13 March), in an AMV BBDO and PHD-created video which shows the lad surprising staff who believe they’re filming a training video. The reality star is one of many celebrities the charity has tapped to promote its cause.

7. The Amazon App: What are you looking for?

A 5-second animated spot promoting the company’s UK app came in as the seventh most watched ad on YouTube in February.

Shot on the GoPro HERO3+ camera, a video of a pair of burrowing owls appear to be having a dance-off in front of wildlife photographer Megan Lorenz, resulting in the video becoming a viral advert for the camera manufacturer.

Helen Mirren appeared for L’Oreal Paris for the first time in a McCann and Maxus-created 30-second spot that promotes the brand’s Age Perfect skin care range. Mirren was announced as the new face of the UK brand earlier this year, and is the first Dame to hold down the spot.

Pole vaulter Allison Stokke is the subject of GoPro’s second appearance on the February top 10, in a video shot on the HERO4 camera which takes consumers through her pole vault routine. 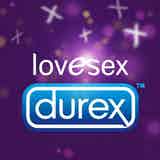 Durex is to reposition to build a stronger emotional connection with consumers, following the recent acquisition of the brand by Reckitt Benckiser.

A Durex advertisement for its Play O gel that featured women “in sexual ecstasy” has avoided censure after complaints that it was offensive.