American clergyman Henry Beecher once said/ “”Everyone should be born again on the first day of January and start with a fresh page.”” The same could be said of brands. Surely last year belonged to Marks & Spencer, but the New Year has brought renewed hope to marketing departments up and down the country that 2007 could be their year.

Here, Marketing Week’s team of sector experts has selected ten brands it believes will shine in the next 12 months. The list does not include brands from every sector but that is not a suggestion that those areas are short of candidates. It may be that they simply have not yet risen to the surface. The brands in the top ten have been picked for qualities such as longevity and consistency that set them apart from their rivals. Our top ten brands follow, in alphabetical order.

BMW
In a difficult year for the car industry, BMW’s star continued to shine brightly in 2006, and all the signs point to more of the same in 2007. This year will be the company’s busiest in terms of model introductions, starting with the launch of the 3-Series convertible. That will be followed by a replacement for the popular X5 and then a “”deluge”” of new models that have not yet been announced. BMW’s dominance of the premium sector has been threatened by Audi in recent years but, unlike Mercedes, it has held firm. The once-mighty Mercedes brand has been tarnished by reliability problems, but BMW’s consistency has helped keep it at the top of the wishlist for everyone from executives to housewives. And it is not only BMW’s cars that have been consistent. Its senior management team in the UK, led by Jim O’Donnell, has remained steady, too. While Audi is looking for its third marketing director in 15 months and Mercedes has also just changed its marketing chief, BMW’s Uwe Ellinghaus shows no signs of moving onto pastures new after more than two-and-a-half years in the job. A strong product line-up, coupled with a powerful brand, is a winning combination that looks like keeping BMW at the top for some time to come.

Chelsea Football Club
Chelsea Football Club has put its reputation on the line by unveiling plans to build the brand into the world’s leading commercial football property by 2014. It is an ambitious task for a club that was only fifth in the Football Money League in the 2004-2005 season with an income of £149.1m – £17m behind Manchester United and £30m behind the world’s richest club, Real Madrid. However, with the financial backing of Roman Abramovich and two consecutive Premiership titles, Chelsea looks set to be the dominant force of 2007. Chief executive Peter Kenyon – who spearheaded Man United’s success before leaving to join the Blues – is overseeing an aggressive expansion drive into markets such as the US and Far East. The club has its share of domestic challenges ahead, including the growing anger over its exorbitant spending power that many football fans blame for distorting competition in the Premiership. But with Samsung on board as the club’s long-term sponsor and speculation mounting about a move to a bigger ground, the future looks bright for Chelsea. 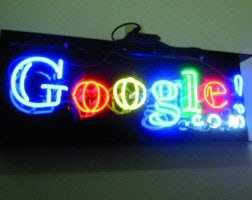 Google
Google’s meteoric progress continued in 2006 and shows no sign of stalling in 2007. The company recently announced a deal with NASA which allows users to access images of the Moon and Mars. The world’s best-known search engine – and one of the globe’s most recognisable brands (despite lacking any real marketing strategy) – has even been added to the English dictionary. It is also entering previously “”alien”” markets, such as social networking, and snapped up video-sharing website YouTube for $1.6bn (£883m) in October. With 100 million videos viewed every day and an estimated 72 million individual visitors each month, the platform’s audience holds huge potential for advertisers. Meanwhile, Google is aiming to push its reach beyond the internet, with a move into radio advertising: Google Audio Ads is a service for its AdWords advertisers, allowing radio stations to sell excess ad inventory at the last minute using online tools. Google has adopted the platform and will use it to sell advertising on more than 700 radio stations in over 200 US cities. In addition, it is also testing buying print display ad space. This hugely ambitious brand looks set to be unstoppable in the coming months.

ING Direct
For years a one-product brand, ING Direct launched two new products – mortgages and home insurance – in 2006 to sit alongside its savings account. But the launches have not muddled the brand’s “”straightforward stance””. Indeed, since launching in May 2003, ING Direct has remained steadfastly true to its “”keep it simple”” philosophy. Expect more of the same from the Dutch-owned direct bank in 2007, with more product launches mooted, all sitting in that “”simple”” space. Critics have labelled the brand dull and point to the fact that its savings account no longer offers the high interest rates it once did (newcomer Icesave steals that crown). But in an industry that is notoriously overcomplicated, ING’s proposition remains reassuringly fresh.

John Lewis
While rival Marks & Spencer dominated the headlines in 2006, the success of John Lewis went relatively unnoticed. However, the retailer – which also operates the Waitrose chain of supermarkets – has delivered a consistently strong performance in a turbulent retail environment. John Lewis could be the big winner in 2007 as it continues to service its loyal upper-middle class consumer base. The company’s 26-strong department-store arm has gone from strength to strength in recent months, overcoming tough trading conditions on the high street to report new sales records. As December drew to a close, • sales at its department stores were up 10% year-on-year to £93.8m, buoyed by luxury goods, beauty products and its new Greenbee direct services operation. It also stands out for its strong ethical credentials, with all 65,000 employees stakeholders in the business.

Nintendo
Nintendo looks like being the surprise winner in video games in 2007. Last year, its next-generation console Wii became the UK’s fastest-selling games console at launch, and its handheld, the DS, outsold Sony’s PSP. Nintendo has shrugged off past failings with the GameCube and taken the market by storm with Wii, moving beyond its core market of young gamers and successfully broadening its appeal to adults and casual gamers. Admittedly, the company has had some minor teething problems with its new console but these will be forgotten as Wii draws more people into the world of video games, branching out into activity-based gaming. Microsoft’s Xbox 360 failed to capture imaginations in the same way as Wii, while the PS3’s delays have not helped Sony’s sales figures. The message for the games industry has to be: don’t underestimate the power of Nintendo.

Samsung
The mobile handset manufacturing sector has traditionally been dominated by Nokia and Motorola, but expect Samsung to make ground on the Big Two this year. The South Korean electronics giant has been investing heavily in its brand and signed a £50m five-year sponsorship deal with Premiership champions Chelsea in 2005. The signs are that the investment is beginning to pay off, and a host of new cutting-edge phones – such as the world’s thinnest mobile, the X820, and the sleek D900 – have arguably helped make Samsung the manufacturer of the moment in the fiercely competitive mobile market. Samsung is also the world’s largest producer of flatscreen televisions, and the Q1 – a mobile PC designed to fill the space between a full-size laptop and top-end smartphones – has been a hit since its launch in May last year. The company, which moved its global creative advertising account from WPP into Leo Burnett at the end of 2005, looks set for a stellar year.

BSkyB
While BSkyB was arguably overshadowed in 2006 by the runaway success of Freeview, few would bet against Rupert Murdoch’s satellite operation stealing the laurels back this year. The stakes are high: cable operator NTL:Telewest is rebranding as Virgin Media in an attempt to shed its “”NTL Hell”” image, while BT is in the throes of launching BT Vision, a hybrid Freeview/video-on-demand (VOD) service. Add to that the new Freeview personal video recorder (a rival to Sky’s Sky Plus), Tiscali rolling out its Homechoice TV-over-broadband (IPTV) service and mobile operator Orange readying an IPTV launch in 2007, and the market looks decidedly congested. But with Sky chief executive James Murdoch showing a ruthless streak to rival his father’s (his purchase of 17.9% of ITV effectively killed NTL’s own bid for the broadcaster), the continued roll-out of services as diverse as mobile TV, high-definition TV, VOD and “”free”” broadband, coupled with broadcasting’s mightiest marketing machine, Sky’s position looks unassailable – this year, at least.

The Sun
There is no doubt that The Sun made more of 2006 than its rival red-tops, leaving in its wake the Daily Mirror – which is selling part of its portfolio and launching a belated digital presence – and the Daily Star, whose chronic underinvestment has seen its circulation slip almost 7% since this time last year. The Sun newspaper is just one of many ways of accessing its content. A recently revamped website offers video streaming, podcasting, content for mobile phones and user-generated content. Rupert Murdoch’s controversial $580m (£330m) deal to buy social networking site MySpace has paid off with the success of MySun, a site enabling Sun readers to debate, and share stories and pictures. With Murdoch’s new digital evangelism, eye for a deal and apparently bottomless resources, we can expect to see The Sun add more than the planned Sun TV and extended mobile content in 2007.

Virgin Atlantic
While arch-rival British Airways struggled with allegations of price-fixing, eventually suspending commercial director Martin George, Virgin Atlantic was announcing record financial results alongside new routes and in-air and on-the-ground innovations. Even 007 switched his allegiance from BA to Virgin Atlantic in the new James Bond movie Casino Royale. Richard Branson not only signed a deal to make Virgin a global media partner for the film, he also (fleetingly) appeared in it. Virgin is about to be awarded Business Traveller Magazine’s “”Best business airline in the world”” award and passenger numbers will pass the 5 million mark for the first time as revenues soar to more than £2bn. Three new routes from London, daily flights to Chicago and Kenya and a twice-weekly flight to Mauritius will also develop the business. Airlines are central to the ongoing “”green”” debate and, while Ryanair, EasyJet and BA have all struggled against the tide of public opinion, Virgin’s brand and clever positioning have prevented it from attracting too much criticism thus far.

Nissan is introducing branded clothing and merchandise to sell at “fashion” markets including London’s Camden and Spitalfields ahead of the launch of its Qashqai model.

Sky has teamed up with Rough Guides to produce a climate change book that provides information on ways to reduce energy consumption. The “Rough Guide to saving energy and reducing your carbon footprint” is sponsored by Sky and copies will be available from next week. The 64-page guide answers questions on climate change and covers […]