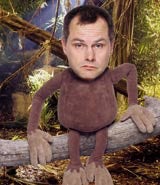 The choppy waters of digital television may be further muddied with the launch of a pay-TV service called Top Up TV.

Currently, those wanting pay-TV packages have the choice of BSkyB’s digital satellite offering, or NTL or Telewest’s cable packages.

Until fairly recently, there was also ITV Digital, broadcasting on the digital terrestrial television (DTT) platform, before it folded, creating confusion, distrust and dissatisfaction among its subscribers.

It was replaced by Freeview, giving access to up to 33 free digital channels for the one-off price of a set-top box. Freeview, backed by the BBC, BSkyB, and Crown Castle, has helped to steady the market and given satellite refuseniks a simple alternative to pay-TV.

But now former BSkyB executives David Chance and Ian West hope to ride on the back of the success of Freeview with Top Up TV. It is a new pay-TV service to be launched on DTT next month using spare capacity sub-let from the likes of Five, Channel 4 and SDN.

However, a last-minute hitch threatens to upset Top Up’s plans to hit the ground running. Top Up TV has just lodged a complaint with regulator Ofcom claiming that the BBC is trying to thwart its plans to intersperse the pay channels among the free channels on the DTT platform. If the pay channels are pushed to the bottom of the electronic programme guide, Top Up TV argues, this will reduce the chances of viewers coming across the pay-channel slots as they scroll through the channels on the platform. But the BBC wants research to be carried out to gauge consumer reaction to having the pay channels mixed in with the free channels before a decision is made on where they should be listed.

A BBC spokeswoman says: “What we are saying is that we need to have research on this to make sure that Top Up TV’s proposals will not confuse consumers.”

As early as last October, BBC director of strategy and distribution Carolyn Fairburn reportedly claimed that such a service “could stop Freeview in its tracks after we’ve only just managed to cut through the confusion.”

Top Up TV will offer up to ten TV channels for a no-ties monthly subscription of &£7.99, plus a &£20 one-off connection fee. The line-up, which has yet to be finalised, is expected to include UKTV’s UKTV Gold and UKTV Style; Channel 4’s E4; Turner Broadcasting’s Cartoon Network, Boomerang and Turner Classic Movies; Discovery Network’s Discovery and Discovery Home and Leisure; and Bloomberg. There is also the additional option of the Richard Desmond-controlled adult service Television X for &£9.99 a month.

Top Up TV’s chairman Chance says: “I don’t think Top Up TV will cause confusion. We are not attacking the Freeview proposition – we are just giving people who have Freeview a little extra choice.”

It is estimated that Freeview will have 3 million users by the end of February and will overtake cable by the end of the year, with between 4 million and 5 million viewers. Freeview chairman Andy Duncan, who is also the BBC’s director of marketing, communications and audiences, appears keen to distance Freeview from Top Up TV. He says: “It is unconnected with Freeview and has no direct relationship with the BBC. The important thing is to maintain the clarity and simplicity of Freeview.”

The BBC will continue to market its own digital channels, telling viewers how to get them by signing up to digital satellite or cable, or by buying a DTT set-top box. It will not mention the Top Up TV service.

Some feel that the addition of a “pay-lite” service to the existing DTT package could cause confusion in the market over Freeview’s positioning as a no-charge service.

Zenith Optimedia TV director Chris Hayward says: “Freeview has shown that there is still a lot of potential take-up for multi-channel TV. I don’t know whether Top Up TV will be successful, but it’s going to be interesting as it runs a bit contrary to the way that Freeview is positioned.”

Chance says that in order to break even, the service needs 250,000 subscribers. He believes that there is a gap in the market for a sub-&£10-a-month pay-TV service that falls somewhere between Freeview and current pay-TV packages which, in the case of BSkyB and NTL, start at about &£13 and &£9 respectively and go up to &£38.

Accenture media partner Theresa Wise says that the target figure is relatively modest: “I think it can work. It is not impossible, now that Freeview has more than 2 million viewers – provided that the channels Top Up uses are strong.”

Top Up TV’s case is helped by not being encumbered with expensive content such as sports rights, which led to ITV Digital’s downfall.

Starcom Motive executive buying director Andy Roberts says: “For those people who have bought into the idea of more choice and opted for Freeview, this is an affordable next step. When you compare it to the cost of broadband or your monthly mobile bill, &£7.99 is going to look small.”

He cautions that some of the Freeview households Top Up TV is counting on may already subscribe to a pay-TV service, using their DTT box for secondary viewing. However, Freeview claimed at the end of last year that DTT was the only digital system in nine out of ten Freeview homes.

Marketing and advertising for Top Up TV has been contracted out to Branded, whose chief operating officer Giles Thomas says: “In reality, viewers in Freeview households watch on average 5.8 channels a week, whereas in Sky homes viewers watch on average 12 to 13 channels a week as part of their regular viewing. Top Up TV is giving existing Freeview viewers more channels so that they can enjoy the experience of multi-channel TV more than they are now.”

Branded will first concentrate on marketing the service to those homes with the old ITV Digital boxes – estimated to be about 800,000. But such a tactic assumes that the boxes are still working and that their owners have not in the meantime signed up to alternative pay-TV services.

The difficult task, however, will come later, when Top Up TV tries to attract those consumers who have opted for Freeview’s simple proposition. People who have opted for a free service have to be convinced to pay for an upgrade that will give them access to more channels. Furthermore, there is the issue of set-top box compatibility. While those with the old ITV Digital boxes and old-style integrated TV sets can access Top Up TV services by slotting an encryption card into the existing slot, users of DTT boxes sold since Freeview’s launch will need to upgrade to a new type of box, which Top Up TV says will be available in the next few months.

Top Up TV will be advertised on Freeview channels, and notices giving Top Up TV’s telephone number will appear in slots where the service’s channels would be broadcast if they were paid for.

Later, when compatible set-top boxes come onto the market, marketing efforts will also be concentrated in retail outlets such as Dixons.

Content will be crucial when it comes to selling the service. There are noticeable gaps in Top Up TV’s roster, such as sport, new movies and Sky One – apparently commercial terms could not be agreed with BSkyB.

But Carat head of media Mark Jarvis says Top Up TV needs a “killer application” in the form of sport or new movies. “The profile of Freeview customers is that they are older and have not bought into pay-TV. So anything that grabs their attention and wins them over to pay-TV must have killer application, and I don’t necessarily believe that is the case here.”

Top Up TV will, over time, face additional challenges when it comes to content. If Freeview continues to grow at its current pace, some broadcasters, such as Channel 4 with E4, could decide to make their channels free, counting on additional advertising revenue to more than offset the loss of subscription income.

Such pressures are likely to increase as the country approaches analogue switch-off – optimistically penciled in by the Government for 2010.

In the meantime, Top Up TV is hoping that Freeview users will put their faith in the new pay-TV service just as Freeview’s former general manager Matthew Seaman did last week when he joined the new pay-TV player as head of marketing and distribution.