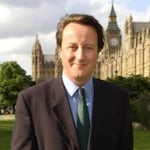 Ads, created in-house, have been placed across sites including The Register, Mumsnet and CityAM to highlight core areas of the manifesto to key voters who might not understand how it affects them.

Hunt said the manifesto will stimulate economic growth within the UK, with the country already ahead of the rest of Europe in terms of digital innovation.

Along with boosting broadband speeds, proposals focus on increased transparency by the Government in its digital operations, such as setting up an online app store so digital content created for government departments can be resused by other departments, and the capping of government IT projects at £100m to allow smaller suppliers to bid for tenders.

“For Britain, the internet presents an opportunity that it doesn’t present to any other country in Europe, because we’re one of the best countries in the world at the creation of digital content,” said Hunt. “The internet opens up a new global trade route which presents a massive opportunity for us, which is we’re absolutely determined to get this right for the country.”

A Conservative party spokesman said, “Our belief is that many people who will benefit from the plans we’ve outlined may not engage directly with the type of technology publications that will cover the manifesto in detail, but they would be drawn to specific pledges that are relevant to them. We believe this campaign shows our commitment to engaging with people well beyond our traditional activist base and that it underlines our belief in technology to help kick start our economic growth.”

This stroy first appeared on newmediaage.co.uk