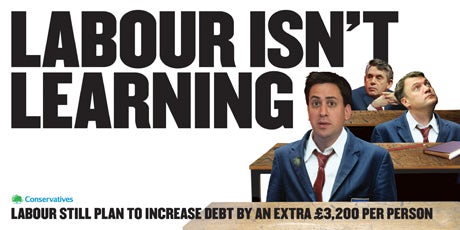 Launched to coincide with the Labour Party conference this week, the poster campaign claims that Labour’s plans to kick-start the economy would mean the UK borrowing £200bn more, which equates to £3,200 per UK citizen.

The Tories will be hoping the line “Labour isn’t Learning” will prove as successful as the 1979 general election ads that showed unemployed people queuing to sign-on next to the words “Labour isn’t Working”. The Saatchi and Saatchi created ad was credited with helping Margaret Thatcher’s Tories win the election.

The new campaign was created M&C Saatchi, the agency setup by Maurice and Charles Saatchi after they left Saatchi & Saatchi.

In an interview with The Guardian ahead of the start of Labour’s conference yesterday (30 September) Balls vowed to launch a “ruthless and disciplined” spending review if the party wins the election to make sure “every penny spent is justified”. 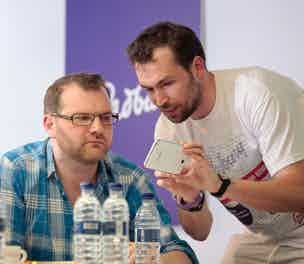 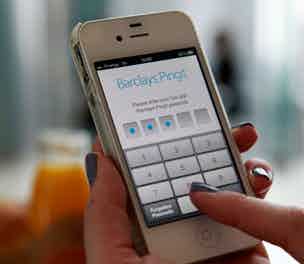