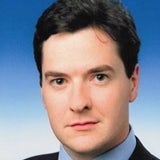 A governing Conservative Party would introduce rules to stop the BBC from becoming the “bull in the china shop” of new media, says shadow chancellor George Osborne.

Speaking at a media conference this week, Osborne warned the BBC not to “abuse its privileged position and huge resources by crowding out smaller players”. He said: “In too many of its non-core activities, particularly on the internet, the BBC is stifling growth of innovative companies that can’t compete with BBC budgets.”

However, a BBC spokeswoman says all its new services must pass a market impact assessment by Ofcom.

Osborne cited the example of BBC plans to launch programming for local communities, which it calls “ultra-local television”, and predicted a “ruinous” effect on local newspapers and radio stations.

His comments come a week after Tory leader David Cameron expressed fears for local internet businesses and regional newspapers in the wake of BBC plans to expand into licence-fee funded “ultra-local” television and media services (MW, May 11, 2006).

Osborne also rejects the new BBC Charter and hinted that a Conservative Government would establish rules preventing the BBC from “over-extending itself” as Cameron phrased it.

Osborne outlined current Conservative thinking, saying: “As part of the framework Government can provide for the creative industries to flourish, we should consider establishing a clear set of rules about what areas the BBC should focus on, and which it should be made to set aside for creative people. The new Charter doesn’t do that.” But a BBC spokeswoman responds/ “The new governance arrangements, including the public value test with a market impact assessment by Ofcom, and Service Licences setting out clearly the expectations of BBC services, will ensure that licence fee payers receive quality public services from the BBC and an extensive choice of services in the wider commercial market.”

The corporation is currently trialing “ultra-local” TV news services in the West Midlands and could roll the service out nationwide, despite criticism from organisations such as the Newspaper Society which fears that the plan would damage regional newspapers.