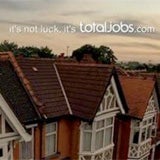 With youth unemployment rising sharply – by 78,000 to 973,000 – according to the latest Office for National Statistics figures,

UM London explains how client totaljobs is positioning itself as a “helping hand” to the young out of work.

UM London worked with the brand to secure exclusive spots that aimed to show 16-34 year olds that when it comes to finding a job, it’s not all about luck.

Alongside the TV activity (created by VCCP), UM secured a deal to run a national radio and Spotify airtime campaign, including an exclusive three-month sponsorship of the James O’Brien mid-morning show on LBC.

Dan Putland, UM’s planner for Totaljobs, explains the creative challenge. “The client wanted us to help build a deeper relationship and dialect with jobseekers that would demonstrate how the site can offer them a helping hand. For us, it was important that we didn’t just buy airtime on high profile shows, but we dialled up the brand proposition as much as possible across media properties that would emphasise the company’s expertise.”

The sponsorship deal will feature three 5-minute ’Brand A Views’ slots, which will see a Totaljobs representative being interviewed live on air, offering tips and advice on a variety of topical job-related themes. It’s the first time LBC has done any activity of this kind.

Putland adds: “We know the audience segmentation for these shows corresponds to those that Totaljobs wants to connect with, and will give people reasons to use the site. This type of engagement really helps the brand take its relationships to a deeper level, above its core competitors.”

The launch follows the success of January’s venture into national television and radio, where the campaign saw the jobs website surpass the 3 million monthly unique users mark, reaching 3.75 million jobseekers in January.

Totaljobs says the ads have been instrumental in increasing the totaljobs.com market share 34% year-on-year, increased the number of brand name searches by 90% year on year and saw the website receive over 100,000 applications in just one day, a 30% increase on last year’s highest figure.

“The challenge for media in general and certainly the role within creativity and ideation departments is all about engaging with consumers in more and more intriguing ways. Our remit ranges from finding “The Big Idea”, to identifying cute tactical executions, to just providing a set of rules for more traditional media channels to execute around.

Keeping track of not only all the evolutions of media owner product, but of content producers and tech developers as well is a really key part of the job.  Keeping track of these new marketing opportunities and their viabilities will be an area for us to focus on, because clients will want to know if they should be spending on it and how much.

With so many touchpoints and opportunities available to brands, the ability to continuously juggle concepts and identify the right connection points between them all and the audience will become a testing point.”

For more insight into media strategy from Pitch click here

Before long, SEO will not be enough to secure high-ranking search results. The amount of approval a brand wins on social media will also be a crucial factor.