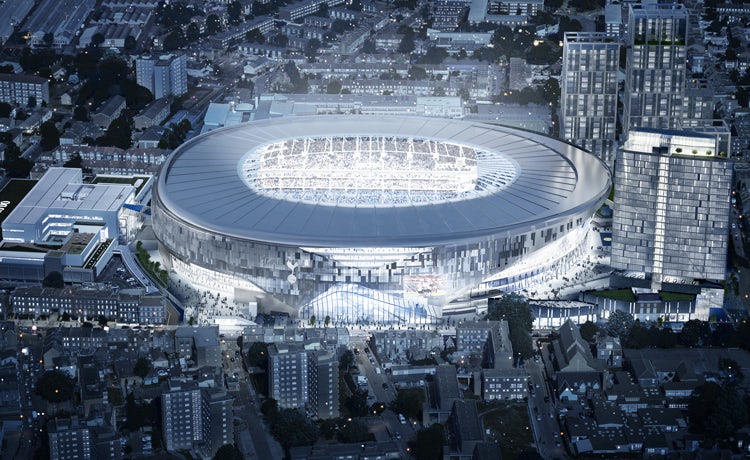 Football club Tottenham Hotspur will position its new multi-purpose stadium as a “sports destination” in its bid to go from “challenger” brand to serious global player.

Set to open in August 2018, the £750m stadium boasts the UK’s only sliding grass pitch with a permanent American Football field built beneath, on which the club will stage two games a year as part of its 10-year NFL partnership.

Tottenham Hotspur estimates the 10-year NFL tie-up will have a £120m economic impact on the surrounding boroughs of Haringey, Enfield and Waltham Forest. Plus the club expects an additional 180,000 spectators to attend the stadium each year, boasting a collective £21.4m worth of spending power. Tottenham Hotspur will also be looking to boost the £279.7 million worth of revenues it made during the 2015/16 season, which placed the club 12th in this week’s Deloitte Football Money League 2017.

The timing of the stadium build comes at a time when interest in football is rising in the US and NFL is becoming more popular in the UK, explains Tottenham Hotspur executive director Donna-Maria Cullen.

“It seemed to coincide with the Premier League getting bigger in the US via NBC, which took it from behind the pay wall of Fox, as we in the UK were suddenly starting to embrace the NFL.

“We saw how the Wembley games were going and we thought, what if we bring two of the world’s most popular sports together with one stadium? The NFL will always have its eyes on expansion and London is its preferred expansion territory.”

From a marketing perspective the NFL partnership is very exciting.

The NFL tie-up has also played into the club’s marketing strategy and plan to make the stadium a sports and lifestyle destination, says head of marketing Emma Taylor.

“From a marketing perspective the NFL partnership is very exciting. I’ve attended some of the international series matches in London to see how the tailgating and other activations work. In terms of the stadiums themselves, there have been a lot of trips over to the US to visit all their new stadia and to take learnings about how the match day experience is delivered.”

With over 80% of NFL London Games season ticket holders coming from outside the Greater London area, Tottenham Hotspur hopes to attract a whole new group of fans to the vicinity.

The club’s global ambitions are serious and extend far beyond its key markets in the US and China. “The Premier League is broadcast to 200 territories globally and it’s a massive platform. The club already has a platform globally where it’s getting that exposure to wide audiences.

“As a club we have lots of activations globally and we’re lucky with our partnerships like Under Armour in the US and AIA in South East Asia and China. The new stadium is the centrepiece and the home of the club. We want it to be stunning and atmospheric. Our vision for it is to be a world-class stadium.”

With the completion of the stadium in August 2018 the club hopes to create a lifestyle destination in the Tottenham area of north London. The wider development will include a hotel with a rooftop bar, residential apartments and a public square the size of Trafalgar Square, set to include markets and pop-up restaurants.

Tottenham Hotspur estimates that the development will pump £293m annually into the local economy, with £211m of additional local spending being generated during the four-year construction phase. The club hopes the project will help to change perceptions of the area surrounding the stadium and by extension enhance the Tottenham brand.

“This is Tottenham, we’ve had two riots in the last 30 years. It’s the fifth most deprived ward in the UK and 76% of inhabitants immediately on our doorstep claim social benefits, so it is an area that has a historical background of under-investment,” stated Cullen.

“Our stadium has triggered master planning to the east and west. You will see this become more of a leisure destination, building new homes, schools, restaurants and accommodation.”

Designed to be the first of a “new breed”, the stadium’s premium experience offering will include the UK’s first purpose-built glass-walled Tunnel Club, a lounge open to 100 members who receive a behind-the-scenes view of the players’ tunnel. Access will be priced at £339 per person per event.

The development will also include a members’ club – The H Club – offering the opportunity to dine at the chef’s table, as well as private suites and super loges, a mix of private dining with a members’ lounge bar. Prices range from £535 per person per event for access to The H Club to £89 per match for a premium seat.

The club is open to partnering with brands on the delivery and identity of its restaurants and food outlets, as well as the possibility of selling the naming rights to the stadium

“It would not be possible to fund a stadium without taking that as an element,” says Cullen. “There’s a very mature market for naming rights in the States and a naming rights deal brings other benefits because you have a very strong commercial partner.”

As part of what it calls the ‘Tottenham Experience’, the club expects the stadium to stage 16 non-football events: six concerts and 10 other sporting events. The stadium will double as a music venue, with a capacity between that of The O2 and Wembley of 45,000 to 60,000.

“We want to create a destination; it’s not just a stadium,” explains Taylor. “That means that this building is going to have life for more than 30 times a season. It’s great for the local economy of Tottenham as it brings new people to this area of London and it’s an opportunity for Tottenham Hotspur to reach new audiences.

“From a brand perspective, we’re great to work with because we’re a challenger.  We want to try new things. London is a great global destination and place to do business, and we’ve got a unique offering combining the favourite sports in the world.” 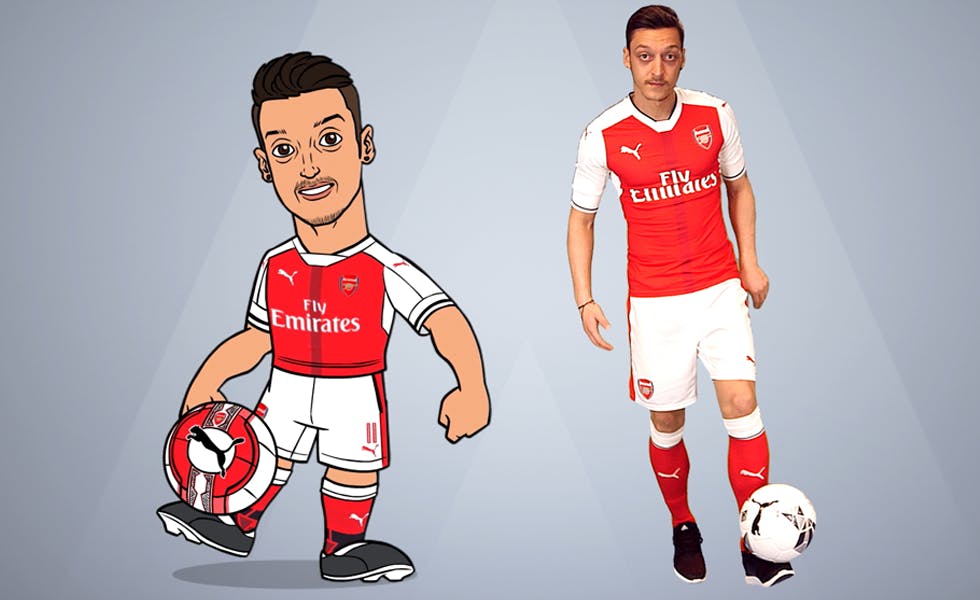