Beleaguered chief executive Tony Hayward is currently in Washington being held to account by the US administration. Two days ago, US senators demanded the oil company ringfence a $20bn clean-up and compensation fund. If such a demand is upheld, that figure will not, we understand, include civil penalties where BP is liable for the $4,300 for every barrel spilt if it is found to have acted negligently. The latest estimates suggest that 40,000 barrels worth of oil are flowing into the Gulf every day.

The language of liability for BP has suddenly stopped being about the possibility of the dividend being paid and has become a matter of whether the eventual compensation arrangements could end up bankrupting one of the largest companies in the world.

BP itself has a more sanitised view of the situation if the latest response on its website is anything to go by. A long and soulless explanation of how “the MC252 oil well incident in the Gulf of Mexico” is being dealt with concludes the cost of the response to date is “approximately $1.6bn”.

Estimates of the potential eventual cost seem to be climbing ever higher. The Guardian newspaper reported yesterday on calculations that the total bill could be $34bn, while analysts at Credit Suisse last week estimated the spill would end up costing the company $37bn. Goldman Sachs, however, has said a “reasonable worst-case scenario” could bring the tab to $70bn. All this tells us at this stage is that we aren’t in a position to know anything for sure.

A contrite BP will be ready to look to all the world like it is listening to the White House this week, while briefing hard to the global media that US demands for damages are neither realistic nor reasonable.

But as I said at the beginning of this leader, I fear we are only at the start of the story. The damage done to the BP brand is now close to the point where it may never be undone.

We reported on MarketingWeek.co.uk last Friday that London 2012 chiefs are continuing to back BP as a tier one sponsor of the Olympic Games. Russell Parsons’ story on page 5 suggests there is every need now for Locog to reconsider. If Hayward doesn’t start reacting like a chief executive in a crisis should and getting ahead of the curve, the BP brand will start poisoning any other brand it comes into contact with.

Travelodge is to resign from the British Hospitality Association (BHA), as part of its growth plans to be a major industry player. 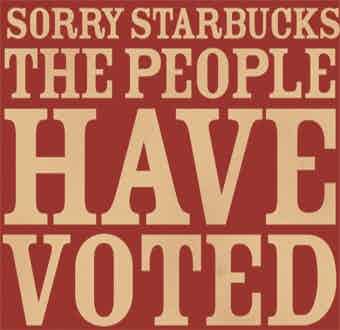 Costa can carry on claiming it is the preferred chain for seven out of 10 coffee lovers after Starbucks failed in its bid to have the poster campaign banned by the advertising watchdog. 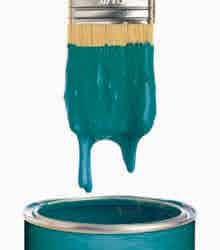 The BP oil crisis and its aftermath – from a brand that had tried to reposition itself as sustainable – has raised the question whether rebrands can ever really work.