Already one of the biggest players in the toy industry, Mattel further increased its size just before Christmas with the purchase of Hit Entertainment, owner of megabrands Thomas the Tank Engine, Bob the Builder, Fireman Sam, Angelina Ballerina and Pingu.

But it is not just through acquisitions that Mattel is aiming to maintain its 7% growth in worldwide net sales last year. The business is altering its communications strategy to focus on its brands – which include Barbie and Fisher-Price – rather than products.

Mattel marketing director Jenny Watson, who was promoted to the role in January, says: “Our marketing used to be very functional, telling mum about the five main benefits of a product.”

However, in November last year, Mattel launched a campaign that attempted to rekindle that love for Fisher-Price with a softer, more emotional appeal. Mattel UK PR manager Sarah Allen explains: “The new campaign celebrates the joy of learning, rather than just the development benefit. We’re very good at that but mum approaches it in a completely different way now.”

As part of the new approach, the Fisher-Price website now gets parents to find products based on their child’s age, rather than looking for a specific toy, such as Dora the Explorer.

“Mums now get information from the internet and peer groups, whether that be mummy bloggers, [online portal] Baby Centre or Argos TV. The new strategy has included working out when mums want the ‘aww’ moment [of seeing their child do something] and when they just want to compare prices.”

The advertising has been shot with an intimate feel, which simulates a hand-held video camera. Instead of using models, the new campaign features real families to show the genuine connection between mother and child.

Watson adds: “What we’re giving mothers in the TV ad is that emotional connection and just the key words they can search to find products. Fisher-Price is a long-lasting brand but it’s had a bit of dusty feel to it and this has been about injecting a bit of modernity.”

This sense of modernity has also translated into product lines. The Apptivity case, which launched earlier this year, is a protective cover that turns an iPhone into a toy, which lets babies and toddlers play with it safely.

Allen says: “Babies always want what you’ve got. Parents do give their iPhones to their kids to play with and then wonder why they end up down the toilet. It’s understanding that happens and providing a solution for it.”

Mattel has also brought physical toys into the digital space, including Hotwheels cars that interact with the iPad without damaging it.

But Mattel’s modernisation isn’t all about digital technology. Barbie, too, has had an update. The toy is refocusing on fashion, digital extensions and aspirational product launches, such as a presidential doll.

The new Barbie Wow campaign, which launched last month, mirrors the new Fisher-Price strategy by featuring girls imagining their Barbies in a range of different role play situations, rather than promoting one particular product.

Fashion-led website Barbiewow.com, which also launched last month, aims to encourage girls to extend their play online, and again reinstates Barbie as a product for older girls because of its fashion credentials.

Tie-ins with fashion leaders such as hair salon Bleach and edgy knitwear brand Sibling at London Fashion Week and a range of T-shirts at Miss Selfridge also emphasise the aspirational heritage of the brand, says Allen.

She adds: “From the 50th anniversary we were able to reintroduce Barbie’s fashion credentials, and reconnect with girls who are probably now 25 and who still have that fond memory of growing up with Barbie. So we’ve almost unlocked another market there, and it keeps new mums close to the brand.”

Another line that has helped boost Mattel’s portfolio is Monster High, which launched two years ago. The antithesis of Barbie, the line features dolls that are supposed to be the sons and daughters of famous monsters such as Dracula and Frankenstein’s monster.

“We expected this to be an older girl brand and to appeal to collectors, but we’ve discovered that people are really engaging with it, and creating their own monsters,” says Watson.

As a result of this insight, Mattel launched Create-a-Monster, which features wigs, faces, dresses and limbs that children can assemble into their own doll.

Watson says: “We have a lot of content, including a 20-minute episode that aired on Nickelodeon, a website and three-minute webisodes where girls can learn about and engage with the characters.”

Similarly to Barbie, Mattel has changed to a concept advertising strategy for car brand Hot Wheels. Instead of focusing on individual products, the new strategy now focuses on a concept called Team Hotwheels – four drivers who perform stunts in the Nevada desert. 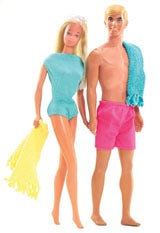 Four team Hot Wheels drivers were given an identity based on consumer segmentation research, which showed boys playing with toy cars in four distinct ways. The TV advertising campaign asks ‘How do you drive?’ and boys can choose a team by the products they buy and the campaign’s digital offer, which allows them to race each other online and join a particular team.

The campaign has also allowed Mattel to venture into experiential and viral marketing, by creating a life-size Hot Wheels car and filming it performing stunts at an Indy 500 event in the US.

Marketing for Mattel’s large games portfolio, which includes Uno and Scrabble, has also been altered to reflect the changing family set-up. Insight gathered by the games brand owner showed that parents only spend an average of 20 minutes a day playing with their child, which resulted in Mattel developing a concept called ‘Fun Times’ where parents can play 20 minute games with their children.

Mattel’s approach to research has also been modernised, with the company using eye-tracker technology to analyse children’s responses to advertising – something the company found particularly useful when adapting longer US ads to the UK market.

But perhaps the most important change for Mattel in terms of growing its business in 2012 is the acquisition of Hit Entertainment. This will see Thomas the Tank Engine absorbed into the company’s core ranges. “We want to be the premier toy company and there aren’t many toy companies out there with a strong IP that were still available for sale,” explains Watson.

How the marketing strategy for Thomas will change now that it belongs to Mattel is still under discussion, but Watson believes the acquisition fits in well with the company’s new concept advertising strategy and growing toy experiences through content. She notes: “It’s not just about the toy but the brand experience. What we’ll learn from this acquisition is how to deliver great content and go beyond just being a toy company.”

How other toy brands compare

Lego acknowledged the changing family dynamic last year by targeting dads in its Lego House campaign. The TV ads showed dads building play sets with their children, tapping into their own memories of Lego, while still hoping to appeal to mums. 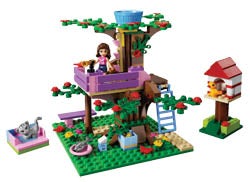 Lego has also worked hard to encourage more girls into playing with construction sets, launching Lego Friends in December last year, while the Danish brand attributes the success of its Ninjago range to the success of the brand’s storyline. Ninjago TV shows have been aired on Cartoon Network and the brand has been promoted via an experiential roadshow.

Characters from internet games have also found their way into the real world. Models and plush toys from UK-based web game Moshi Monsters were particularly successful last year, and in September were launched in the US, where 25% of players are based.

For Bandai, keeping up with technologically savvy parents has involved developing augmented reality packaging, which displays a 3D model of a number of Thundercats toys, when an iPad or iPhone is held up to the box. The new packaging also allows parents to access additional information about the toys, and see similar products in the range.

Both Leapfrog and V-Tech also had success last year with digital toys, including children’s cameras and tablets. Three of the year’s best selling toys were made by the latter, although Mattel’s Apptivity range will provide new competition to both companies in 2012.

Worldwide gross sales of Barbies rose by 12%, Hotwheels was up 6% and core Fisher-Price ranges grew by 2%.
The UK toy industry had a value of £3bn in in 2011, making it the largest in Europe.
Sales of toy building sets rose 20% in the UK last year, followed by 8% for dolls and 7% for vehicles.
The number one selling toy in 2011 was Lego Minifigures.
Top toy properties for 2011 based on total sales include Barbie, Cars: The Movie, Crayola, Disney Princess and Star Wars.

In the past decade, several big consumer brands – in particular Stella Artois, Cadbury and Guinness – lost sight of the priority of branding over communications. Put simply, the advertising tail began to wag the branding dog to the detriment of long-term brand equity. I highlight Stella, Cadbury and Guinness because their loss of direction […] 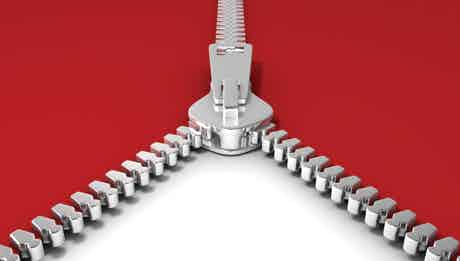 A new study links qualities such as pleasure and belonging with people’s brand choice and, importantly, exposes areas where marketing is failing to make the most of these connections. 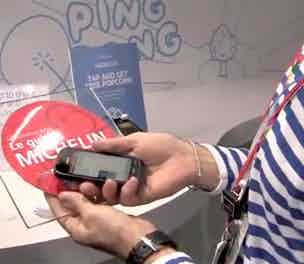