However, the company says that its cost cutting strategy and government measures implemented to help jumpstart the automotive industry has helped it upgrade its forecast for the remainder of the year.

Toyota has cut production in plants including the UK. However, this is expected to gradually turn around, particularly due to the production of Prius, its new hybrid car.

Meanwhile, BMW saw its net profit dive to £103m which was 76% lower than the 507m euros it reported a year earlier.

Last month, BMW confirmed that it would pull out of Formula 1 at the end of this season because the sport does not fit in with its sustainability positioning

The creative approach focuses on how the Toyota Verso offers “parenthood with style” to family drivers.

The boss of Whole Foods, the US based, health oriented grocery chain, is reported to have told customers that it sells ‘a bunch of junk.’

Media buyers do not think the Guardian Media Group (GMG) will make any quick decisions over the future of The Observer. 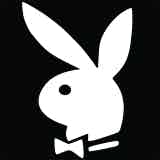 Playboy Enterprises, owner and publisher of Playboy magazine, today released disappointing results for the 12 weeks to 30 June while a question mark is raised over its European plans.