Toyota is slowly beginning to restore confidence in its brand, but still has work to do to fully regain consumer trust, according to the latest YouGov BrandIndex figures.

The car marque has seen its reputation score increase to 19.6 this week from a low of -7.8 during the global recall crisis in February.
Its Index rating has also increased to 17.1 from a low of -3.6 and its Buzz rating is up to 1.0 from a yearly low of -62.7.

However, Toyota’s reputation score is still far short of the 29.5 achieved in January and its buzz score also falls well below the 12.7 that the brand was hitting at the start of the year. Overall, the Index scores are 9.1 points behind their January levels.

Toyota has launched a series of reassurance campaigns since February. The latest “Your Toyota is My Toyota” ad features employees championing the car manufacturer.

However, almost two-thirds (62%) of respondents to the latest MarketingWeek.co.uk poll doubt whether the campaign will rebuild trust in the brand. And only 29% think it is the right brand move.

Toyota’s UK sales have continued to slide on a monthly basis, according to figures from the Society of Motor Manufacturers and Traders. 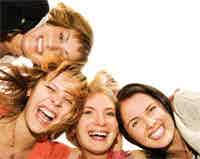 There continues to be a significant gender bias in the way we perceive brands, according to the results of recent research, which leaves many brand owners still figuring out how best to meet the needs of women. 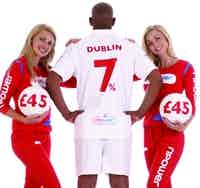 Npower is launching its biggest ever promotion, fronted by footballer Dion Dublin, to support the launch of its “Football Saver” tariff to mark its sponsorship of the Football League.

More than 5 million UK adults plan to watch the World Cup online, according to research by Starcom Mediavest Group.