It is a new drama for the world’s largest carmaker, which has recalled more than 8.5m vehicles worldwide so far this year.

The company is recalling four Lexus mode because of a problem with a computerised system that oversees the steering controls.

The steering system is a standard fitting on the LS luxury model sold in Japan, but is optional in some cars sold overseas.

Customers have complained about wheels not returning to original positions fast enough after making turns. The problem is both mechanical and software- related, it is believed.

The company, based in Toyota City, Japan plans to recall 11,500 vehicles, 4,500 of which are in Japan. It states that a number of UK vehicles are affected.

Separately, Toyota said last month it will recall the Lexus GX 460 sport-utility vehicle that Consumer Reports magazine rated a “safety risk” because the model can roll over in certain driving conditions.

Diageo is to sponsor the Glorious Goodwood horse racing festival as part of a three-year deal signed with the event’s host, the Goodwood Estate.

The winners of the inaugural Marketing Week Engage Awards have been revealed amid a shower of champagne corks and streamers. 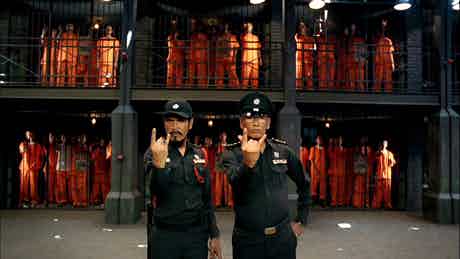 Phones 4u is unveiling an £8m integrated advertising campaign called “Hard Working Prison Guards”, which will see the return of the Phones 4u hand gesture.