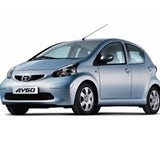 Toyota GB’s long-serving managing director Graham Smith, one of the men credited with the marque’s unprecedented sales growth over the past decade, is thought to be considering a new role with Toyota Europe.

Smith focused on making Toyota a more marketing-led organisation by merging the sales and marketing departments into a single commercial division, headed by Moran. Philpott was made commercial director in 2003 when Moran left to join Thames Water as worldwide marketing and strategy director (MW January 30, 2003).

Toyota GB has posted 13 years of consecutive growth since 1993 but its sales are down more than 10% for the first four months of 2006. The marque had sold 40,118 cars at the end of April, according to the Society of Motor Manufacturers and Traders, compared with 44,770 in the same period last year. This compares with an overall market performance that has seen a decline of 5.5% in the first four months of this year.