The car-maker is targeting people between 45-64, who tend to replace their car every three or four years and plan the purchase ahead. The campaign aims to promote the eco-benefits of its Optimal Drive models, which offer better fuel economy and lower CO2 emissions.

The campaign, created by integrated agency Kitcatt Nohr Alexander Shaw promotes offers on eight Toyota models with Optimal Drive including the new Aygo, Yaris, Avensis, iQ and Urban Cruiser. It offers a £10 Marks and Spencer voucher for every test drive booked in an Optimal Drive model.

Stephen Duval, Customer Relationship Marketing at Toyota (GB) says: “We wanted this campaign to communicate to potential customers that Toyota offers a wide choice of cars to suit the driver looking for better fuel economy and lower emissions without compromising on performance.” 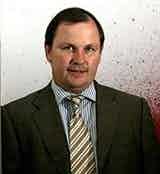 Photon Group, the marketing services group which owns Naked Communications, has reported a 1% fall in net profit after tax to $21.4m (£10.7m) in the year to 30 June, with its UK and European operations showing growth. 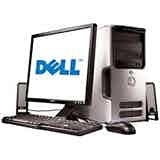 The Department of Transport is launching a £2.3 million national television campaign to tackle drug driving.