In full-page ads appearing in national newspapers and free sheets, UK managing director Miguel Fonseca has written an open letter to customers apologising to customers for and “concern caused” and clarifying the recall.

It has additionally issued a recall for 270,000 Prius cars in the US and Japan after a safety scare over the car’s brake system.

Fonseca reassures customers that the accelerator pedal issue is “very rare” and that there is a “comprehensive fix” available.

He goes on to say customer safety is Toyota’s primary focus and so every car that may develop the condition is being recalled.

Toyota will begin making repairs on affected models next week.

Toyota has already used YouTube to deliver a reassurance message by Jim Lentz, president of Toyota’s US marketing, to reassure consumers over concerns surrounding the safety of its cars.

Meanwhile, International train operator Eurostar has also taken out full page ads informing customers that “We’re listening and taking action”, explaining how they expect to resolve the problems experienced over the Christmas period.

Last December, Eurostar launched a reassurance campaign highlighting its service record following the travel chaos that affected services in the week before Christmas. 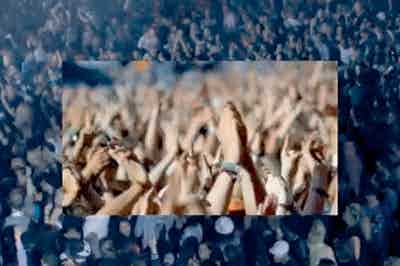