Rival marques Honda, Peugeot and Citreon, have also had to recall thousands of models due to similar faults.

Toyota is having to recall up to 1.8 million vehicles in an attempt to solve a potential accelerator pedal issue. The cars affected range from 2005 to 2010 models and include the Aygo, Iq, Yaris, Auris, Corolla, Verso, Avensis and Rav4 sub-brands.

No Lexus models and no other Toyota models are affected.

Tadashi Arashima, president and chief executive of Toyota Motor Europe, says: “Toyota’s policy is to put its customers first, in all circumstances. We understand that the current situation is creating concerns, and we deeply regret it. We would also like to reassure customers: the potential accelerator pedal issue only occurs in very rare circumstances. The announced action is a preventive measure aimed to guarantee the highest safety standards to all customers.”

Toyota says there is a possibility that certain accelerator pedal mechanisms may, in rare instances, mechanically stick in a partially depressed position or return slowly to the idle position.

This issue is caused because the accelerator pedal mechanisms concerned may become worn. This progressive wear, combined with certain operating and environmental conditions, can cause friction in the mechanism to increase and intermittently result in the accelerator pedal being harder to depress, slow to return or, in the worst case, stick in a partially open position.

Toyota has identified a remedy for this issue, and is currently pursuing a final evaluation and confirmation procedure. As soon as the countermeasure is confirmed, Toyota will communicate to all customers and other concerned parties the details of the corrective action and of the implementation procedure.

A running change in production using different parts has already been implemented model-by-model for the models on sale in Europe, as part of Toyota’s continuous quality improvement policy.

The brand says: “Only a limited number of incidents have been reported in Europe, and Toyota Motor Europe is not aware of any accident resulting from this issue. Toyota is making every effort to address this situation for our customers as quickly as possible.” 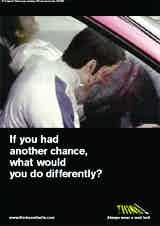 The Department for Transport is to re-screen its £1.3m hard-hitting Think! campaign reminding drivers of the potentially fatal consequences of not wearing a seat belt.

Southeastern has unveiled a repositioning campaign for its London Metro service due to the roll out of the Oyster pay as you go (PAYG) system on the line.

Toyota is to halt deliveries of new cars in order to repair the defective accelerator pedals on certain models, which has resulted in a worldwide recall crisis.