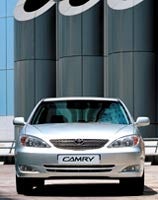 Toyota has appointed Renault’s chief marketer as its senior vice-president of sales and marketing in Europe.

Thierry Dombreval, who is head of strategy and marketing at Renault, is to join Toyota Europe on January 1.

At the same time John Howett, Toyota Europe’s vice-president of sales and marketing, has been put in charge of all after-sales activities for the company.

Howett was made director of marketing for the Toyota brand in 1997. In March last year the Lexus brand was added to his responsibilities, and he was made a vice-president in January this year.

Dombreval is to be replaced by Renault UK managing director Benoit Marzloff who, like Dombreval, will become head of marketing for the Renault Group and a member of the Renault management committee. Marzloff has held his position in the UK since 1996.

While youth may appear to have the same views, they differ greatly on many issues, although ultimately this does not affect their purchasing behaviour

Marketing Week will award the writer of the best letter of the month 1,000 buy and fly! points, equivalent to a return flight for two to Paris or similar European destination. Entrants must be over 18; no employees of Centaur or buy and fly! may take part; the editor’s decision as judge is final; there […]

IPC’s decision to shut six titles raises questions about whether the publisher has what it takes, but also suggests others need to follow suit.