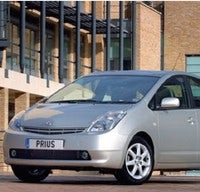 The Japanese carmaker unveiled two new models at the Detroit Motor Show this week, signalling a move to develop the Prius range into a sub-brand.

It is thought that brand could go the same way as Toyota’s luxury car marque Lexus, which stands alone from the Japanese parent brand.

The new models include the Prius V, a large SUV style vehicle and the Prius C, a smaller city car. Both will launch in the US later this year.

Toyota is looking to rebuild its reputation after a safety crisis which saw it recall more than 10 million vehicles globally in 2010. The car-manufacturer has set a new target to increase global sales by 3% in 2011.