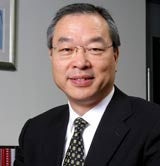 Toyota GB has appointed Shimpei Kobayashi as chairman. He will be responsible for all sales and marketing activity for the Toyota and Lexus marques in the UK.

Kobayashi succeeds Ken Kuroki, who held the role for five years but has moved to a post at the company’s head office in Japan.

Kobayashi has been with Toyota for 20 years and has held positions in a number of divisions including North America, overseas vehicles and shipping logistics, product management and Europe. All four divisions are based in Japan. He has also worked at Toyota Motor Sales US and Toyota Motor Marketing Europe.

Kobayashi says that his challenge will be to maintain the growth momentum in the UK. The division has seen volume sales increase for the past 13 consecutive years.

Earlier this month, Toyota appointed Clemmow Hornby Inge (CHI) to handle its tactical advertising in the UK. The agency beat the incumbent on the Toyota advertising account, Saatchi &amp; Saatchi, to win the business. It was the first time CHI had been appointed by Toyota GB.

The agency started winning pan-European business from Saatchi at the start of last year.