I visited a trade show this week. It was a good opportunity to see the latest industry offerings first hand. Those of you who have worked on stands at trade exhibitions will know what a draining few days it can be, stuck on your feet under the glare of artificial lights rather like a street seller peddling your wares.

Trade shows are an expensive business. It is not just the fee for stand space, but the creation of the stand, the logistics and the staffing. Done properly, they require huge preparation and quality follow-up and a major time commitment.

At this particular show, I noted two breeds of exhibitor. Those hungry businesses that were buzzing with adrenaline from the thrill of the chase, and those companies whose lifetime staffers had one too many trade shows under their belts. Two particular gentlemen, in the twilight of their careers, provided a masterclass in how not to do it. Their display looked like a museum exhibit and if their customers were to follow similar merchandising principles they would be in real trouble.

Better still, these guys had decided the best way to survive the show was to bring their own table and chairs, which they had parked right in the middle of their stand making it hard to see any of the products.

If lucky, these staffers might go all three days of the trade show without having to leave their chairs

I walked past their stand a fair few times and there was rarely any movement, other than two grey suited arms regularly reaching forward to nibble some of the salted peanuts that formed the centrepiece of their survival strategy. If they were lucky they might go all three days without having to leave their chairs and wouldn’t be disturbed by any potential customers.

A combination of despair and genuine concern for these fellows led me to venture to their stand. I asked them how business was and they told me it was tough this year. I then asked them a few questions about their products and whether I could take a sample. Sorry sir, but these samples are just for display.

It was like getting blood out of a stone. They told me that everything I needed to know was in their brochure which they handed me with a price list. If I wanted to phone them after the show they might be able to send me a sample when they were back in the office. Oh dear. If Mary Portas or Alex Polizzi have a few spare hours they could do worse than devote their troubleshooting skills to trade shows. 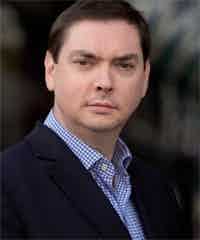