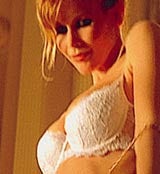 Last week Land Rover was forced to withdraw an ad which showed a seminude African woman with elongated breasts blowing in the tailwind of the advertised vehicle.

A South African court ruled the campaign mocked African culture and ordered the car manufacturer to print an apology in all publications which carried the ad.

Many would say that Land Rover was irresponsible, or even downright stupid, to use this kind of ethnic stereotyping in a racially sensitive country such as South Africa. But it seems that even on British shores, advertisers are being forced to eat humble pie for using racial and sexual stereotypes in their ads.

Earlier this year a Chicken Tonight ad was pulled off air after broadcast advertising watchdog the Independent Television Commission received 16 complaints from the Hindu community, claiming it ridiculed their religion. The TV ad showed a woman sitting on a cushion chanting “Om, dina om” to a ready-to-cook chicken on the floor in her front of her.

Some might say that removing the ad from television screens pandered to political correctness. Others may agree the commercial was naive but concede that it wasn’t meant to offend.

The Advertising Standards Authority (ASA), the watchdog for print, posters and flyers, has also been busy upholding complaints.

The most high profile was in December last year when it ordered Yves Saint Laurent to remove all posters for its Opium perfume. The ad, featuring supermodel Sophie Dahl, received 730 complaints, making it the most complained about ad since 1995.

But it is only one of a number of ads which have been criticised, ripped down or taken off air because of their use of sexual and racial stereotypes.

A TV ad for the alcoholic drink, Reef, which used the catchline “Go Native” and showed bikini-clad women performing the haka was deemed “racist” to Maoris and the campaign was halted.

The Tommy Singh TV ad for Typhoo Tea, which showed Indian workers on a tea plantation in India, also received complaints, but they were not upheld because it was seen as light-hearted.

Drawing the line between offensive stereotyping and light-hearted fun can be difficult.

Abul Taher, spokesman for the Eastern Eye newspaper, says the Chicken Tonight ad resorted to “crude stereotyping” and should have been taken off air. But he liked the Tommy Singh campaign. “Personally I found that very funny,” he says.

The ITC says an ad is taken off air if it is deemed to be “insulting” or “offensive” to a certain group of people. A spokesman says: “The issue is not about how many complaints an ad gets – it’s about the nature of the complaints.”

In 1999 the ITC received 3,092 complaints about “offensive” ads, but only nine were upheld.

The ASA says that balancing the right to advertise with the right of people not to be offended is difficult.

EURO RSCG Wnek Gosper stirred controversy in recent campaigns for the Commission for Racial Equality and CitroÃÂ«n cars. On the one hand the agency challenged the public to think more deeply about racial stereotypes. On the other it perpetuated sexual stereotyping by using a “naked” Claudia Schiffer to sell cars.

Despite the intentions behind the CRE campaign, a poster featuring a black man next to the strapline “Scared? You should be. He’s a dentist” racked up nearly 50 complaints.

In its monthly report in May 1999 the ASA criticised the ad, saying it “could be seen as advocating the negative stereotype that the black man should be feared.”

Yet the authority only received complaints from dentists.

A spokesman for the CRE says it wanted to use shock tactics to challenge deep-rooted stereotypes. “It was part of a long-term campaign that was meant to be hard but also to progress and begin to celebrate diversity.”

He says: “People understand the notion of racism and bigotry. They can identify what they are – the lines are clearly drawn.

“The notion of female stereotyping is a harder one to debate – it’s hard to define what’s right or wrong because there is no set code.”

Research carried out last year by the Chartered Institute of Marketing revealed that most UK consumers believe advertising depends too heavily on gender stereotypes.

Three-quarters of the 1,000 people surveyed believe that women are stereotyped in ads, although 68 per cent said their portrayal had become more positive over the past 15 years.

Over half the men said the portrayal of their gender had remained the same or become more negative over the same period, with 38 per cent saying men were more likely than women to be characterised as gullible.

Research by the ASA shows people are becoming less tolerant of stereotyping in ads, whether it is of a racial or sexual nature. The number of people claiming to be offended at the way women were portrayed as sex objects in ads rose from 64 per cent to 71 per cent between 1996 and 1998.

Similarly a survey on people’s attitudes to bad language in advertising, carried out by the ASA last year, revealed that the number of people who consider racially offensive language and stereotyping unacceptable has increased in the past three years. “Words such as ‘paki’ or ‘nigger’ have moved up the list of offensive words,” says an ASA spokesman.

Some argue that one reason why stereotyping is so prevalent in advertising is because women and ethnic minorities are under-represented on creative teams.

Dominic Stinton, an account director at HHCL &amp; Partners, says there is a lack of black people in the advertising industry.

In the past ten years the number of women in creative departments has fallen, according to a study in 2000, commissioned by the Institute of Advertising Practitioners, into women’s career prospects in the ad industry. The study found only one woman among the country’s top 20 agencies – Kate Stanners at St Luke’s – has the title of creative director. HHCL claims to have made a conscious effort to steer clear of stereotypes in the past few years.

Its campaign for Internet bank Egg poked fun at the advertising industry’s use of them, showing a happily married couple who turn out to be a divorcee and a gay man, a lollipop lady who admits she hates children and a token black man who introduces himself as such at the end.

Stereotypes, by definition, represent a narrow or “idealised” version of the consumer. And it is well known that if consumers do not associate with the people represented in ads, they simply will not see the product or service as relevant to them.

By relying on stereotypes to get their message across advertisers are likely to be punished by an increasingly discerning public for their lack of sensitivity and modern outlook before they are pulled up by the industry watchdogs.