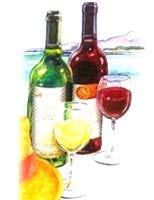 The range will comprise two wines from South Africa and two from Chile, and will be available in major supermarkets or through the Traidcraft website.

The Chilean wines are produced by a Traidcraft co-operative which aims to provide workers with economic security.

The South African wines come from farms where workers’ rights are protected – they are promised fair pay and access to good healthcare.

London-based marketing consultancy The Design Group created the labels for the wine, which carry the Fair Trade logo.

It is the first time that Traidcraft, whose range of products includes coffee, tea, chocolate and cookies as well as cards and T-shirts, has produced wines. Earlier this year it launched Geobar, a Fair Trade snackbar, made with ingredients from around the world.

Traidcraft was set up in 1979 to challenge what it says is the unfair way in which international trading systems are usually structured.

It operates on the principle that by paying a fair price for products and establishing long-term partnerships and co-operatives, poor communities can be helped to work their way out of poverty.