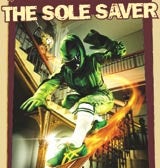 Premium Japanese trainer shoe brand Onitsuka Tiger, owned by Asics, is to be promoted across Europe with a giveaway comic.

The 16-page comic, called The Sole Saver, is in the style of Japanese Manga comics.

It has been created by Amsterdam-based agency Strawberry Frog and will be distributed in specialist trainer stores in six European territories, including UK chains such as Schuh.

The magazine will have a print run of 20,000 in each country.

The Sole Saver comic is part of Strawberry Frog’s brief to build the Onitsuka Tiger brand internationally. The agency will also develop print ads, point-of-purchase material and an internet presence for the brand’s spring/summer products. It was first appointed in 2003 (MW June 19, 2003).

Brands that have used comics as part of an awareness building campaign include BMW, which licensed the character “the driver” from its short advertising films to Dark Horse Publishers. The publisher produced a limited edition series of comics that were sold through specialist comic stores (MW May 27, 2004).

The Sole Saver comic tells the story of the masked Sole Saver who rescues a batch of rare Onitsuka trainers after they are stolen by a super villain.