If you keep an eye on the financial pages it’s hard not to notice how both the banks and the utilities companies seem to be posting big profits while customers are being squeezed with rising charges.

It was the turn of British Gas to report record profit last week, up 24% year on year. British Gas appears to have felt so uncomfortable about this profit, coming after so soon after its recent price hike, that the next day it mounted a press campaign explaining “Why a healthy British Gas is good for Britain.”

This reminded me of a DM channel that has had plenty of attention over the past few years- transactional mail or “transpromo”, as no-one on this side of the Atlantic calls it.

Basically, it’s using transactional documents, such as bills, statements and business invoices, to add extra relevant corporate messages or offers. Research has shown that people spend longer on average reading a monthly printed bill than a piece of direct mail and they have greater engagement with the content because they have “opted in” to the relationship.

This sounds fine and dandy and well within good practice. But are the DM departments working with transactional mail now taking customer sentiment towards the brand into account?

In the world of display advertising, the customer mindset is taken very much into account, that’s why magazines and newspapers work so hard to establish a tone, setting and context in which clients are happy to see their messages.

But if your current attitude towards your utilities supplier is rather ambivalent because your bill has gone up or you are frustrated with your bank due to an increased overdraft charge, what’s your attitude to the monthly billing statement? A muffled groan, maybe. Any feeling of annoyance can become compounded due to media coverage of the said company’s revenue.

Customers are not so likely to be receptive to marketing messages via a very personal medium in this frame of mind. In fact, it could prompt a negative response. And the scenario could equally apply to SME customers.

It’s too early to track how the British Gas annual financials have impacted on consumer perception but the supplier’s YouGov’s BrandIndex Buzz rating (a measure of whether people have heard positive or negative statements about a brand) dived when it announced a price hike last November to a low of -43. The Buzz had just returned to -6 by mid-February, possibly on the back of positive interest from its tie-up with loyalty scheme Nectar.

Inter-departmental communication is vital for transactional mail, particularly when implementation is carried out by invoicing departments and/or external print service providers. It’s going to be essential that all departments of a company involved do keep an eye on the bigger customer context in which they operate and rapidly adapt to changing sentiment if transactional mail is to retain value.

Although, of course, if printed matter expires and the world eventually goes fully digital -and there is a financial incentive for switching to digital billings and statements – the matter becomes moot. 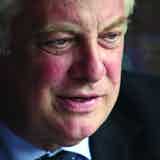 The Government has selected Chris Patten as its preferred candidate to succeed Sir Michael Lyons as BBC Trust Chairman.

Click here to read the cover feature: Is your brand ready for some home truths?Click here to read about marketing and nostalgiaClick here to find out how tech brands are making themselves family friendly Highlighting real family relationships over the stereotypical portrait of mother, father and two children allows brands to be broader in their […]