For better or worse Sky and their insuppressible deadline day host Jim White have transformed the final day of the window into a primetime televised event in recent years. From drinking games to betting specials, the climax of football’s meat market has seen its profile swell to reflect the astronomical fees clubs shell out for players.

While it may be indicative of football’s financial problems, deadline day also captures the theatre associated with the game. Whether its reports of Peter Odemwingie racing down the motorway to secure an unsanctioned move to QPR or the ubiquitous shot of Harry Redknapp stopping to talk to reporters about the latest deal, these are all moments that marketers could mine for maximum exposure.

Clubs and payers alike use Twitter to break transfer news and it’s no surprise that last minute moves occurring on last year’s deadline day dominated all of the UK trends, according to the social network. Mezut Ozil’s £42.4m switch from Real Madrid to Arsenal in the final hours became the second most tweeted about moment of the transfer window as fans were gripped by the will he or won’t he situation.

Despite this, very few brands in the UK are doing anything to capitalise on this fan interest.

If we compare this to American Football where the draft has become a major event with significant sponsor involvement then it’s clear to see what could be. This year’s draft saw Bud Light fly 32 NFL fans (one from each team) to New York and give them a VIP experience that included a dinner reception with 32 NFL alumni, along with behind-the-scenes access.

There are reasons why this could not be replicated perfectly in the UK. The NFL is a self-contained sport with a structured draft programme whereas different bodies – the Premier League and the Football League – govern the English leagues. And the biggest transfers nearly always involve foreign leagues therefore one central deal cannot be done. It bares the question who would own the transfer window as an asset in the UK. It is also arguable that American rights holders are sometimes more inventive when it comes to creating new assets and carving out opportunities to attract new sponsors.

That said there is still an opportunity for a brand to really own the transfer window. At a time when brands are talking about exploiting “moments” around sports, future deadline days could see the introduction of innovative content strategies, real-time stunts and multi-channel media strategies.

It is a thought not lost on managing director at Mediacom Sport UK James Hough, who says: “Brand involvement in sport, or any aspect of it, works best when there is a strong asset story for brands to work with, and the narratives of change and excitement during the transfer window, with gripped football fans clinging on to every titbit of news, certainly provide this.”

Being great at real time marketing is knowing when to speak and when not to speak. The lack of activity around this year’s deadline day suggests there is still some way to go before the concept is fully-grasped in the sports marketing arena.

Do you have a great digital marketing case study from 2013 to shout about? Then why not enter the Marketing Week Engage Awards? Find full details at here. 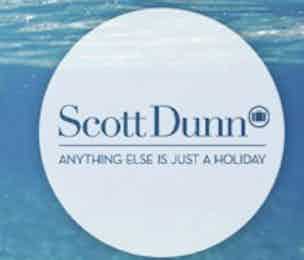 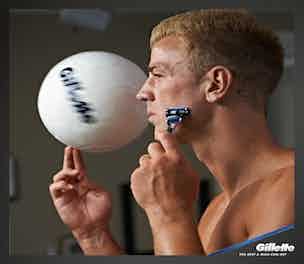 Gillette is looking to counter the impact of beard-growing hipsters globally by signing up football players including Lionel Messi and England goalkeeper Joe Hart for the launch of its global football strategy that aims to take advantage of the hype around this year’s World Cup.