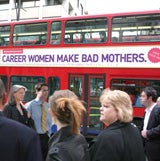 The outdoor media firm says it reached the decision after their clients, staff and family members were outraged by the overwhelming controversial and negative remarks regarding how career women make bad mothers.

Instead, the agency is now considering their own national taxi campaign to support that ‘Career women make brilliant mothers.’

John Kehoe, client services director and Laura Rigby, customer account manager sent the OAA a resignation letter, stating: “It is strongly felt that the campaign by the OAA has set back women’s hard work as being equal to men in the work place and obtaining successful careers whilst raising children. Females we have spoken to are extremely angry about the stupidity and lack of thought behind the campaign, the idea of being bombarded with taxis, posters and buses carrying the campaign on the way to the work place after dropping your offspring at school or nursery is not only upsetting and insensitive it is infuriatingly sexist. “

It adds: “How this detrimental campaign could be given the green light in this day and age is utterly absurd. The decision made by the OAA to run with this campaign has caused so much offence to the men and women of Transport Media that after the many heated staff discussions the MD has made a clear firm stand and decided to pull away from the OAA and its logo. The campaign is not only irresponsible but can only be seen to have a negative impact on the world of outdoor advertising.”

Last week, the OAA saif it has instructed all outdoor media owners to pull its controversial “Career women make bad mothers” creative with immediate effect. The creative was designed as part of the Britain Thinks campaign by agency Beta, launched last Monday (January 4) on buses, 11,500 billboards and poster sites nationwide, as part of a £1.25m campaign to promote the power of outdoor advertising.

It followed a concerted Internet backlash, led by the Mumsnet community, citing the ads as having been offensive to women and working mothers. 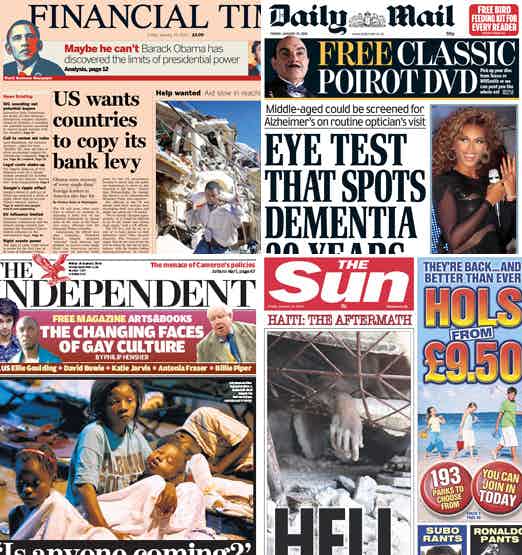 Let’s start with the shocking. In 2001, the pay differential between men and women in marketing director roles was just £2,700. If you’re a male marketing director in 2010, however, you stand to earn £17,000 a year more than your female counterparts.