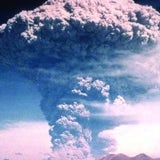 Although major carriers have been forced to ground flights in Scotland, Ireland and the north of England due to the ash cloud, travel companies say they will continue to operate marketing “as normal”.

A spokesman for British Airways told Marketing Week that the latest Icelandic eruption will have “no impact on advertising”.

Virgin Atlantic says it will continue to closely monitor the situation and is on ongoing dialogue with all the relevant authorities, including the Civil Aviation Authority, National Air Traffic Services and the Met Office.

A Virgin Atlantic spokeswoman says: “We haven’t made any changes to our ongoing media plan or messaging and our flights continue to operate as normal.”

TUI has not made any changes to its advertising, but a spokeswoman says: “It is very early days and we are keeping a close eye on the situation.”

BA, KLM, Easyjet, Aer Lingus, Flybe, Eastern Airways and Loganair have all cancelled some services in and out of Scotland due to an ash cloud formed from the Grimsvotn volcano eruption.

An eruption from a different Icelandic volcano caused major travel disruption in April last year. Thousands of travellers were stranded overseas or unable to fly out to their destinations.

Airlines estimated the shutdown caused by the Eyjafjallajökull volcano cost them £1.1bn.