Brands that offer lots of choice or a compelling ‘novelty factor’ are proving increasingly popular among young adults, the latest Youth 100 list suggests. Ecommerce giant Amazon claims the top spot this year as the most popular brand among 18- to 24-year-olds in the UK.

Youth research firm Voxburner compiled the ranking by surveying 3,000 people in this age group about their feelings towards a shortlist of more than 550 brands. They were asked to rate each brand according to five criteria: love, like, no feeling, dislike and hate. Top brands are those that achieved the highest combined score of loves and likes. 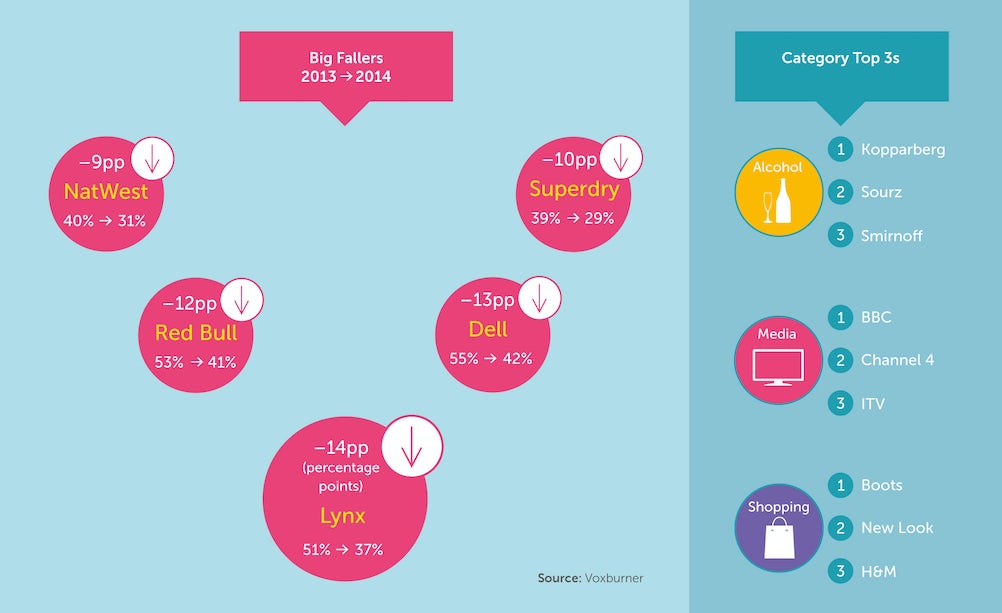 The report shows that young people’s affections are relatively fixed when it comes to their most loved brands, with eight retaining their place in the top 10 from the same report last year. Amazon (94% love or like) knocks YouTube (93%) off the top ranking, while Google (93%), Ben & Jerry’s (89%), and the BBC (87%) retain their high spots in the ranking.

There are some big risers and fallers in the sample that demonstrate certain trends in young people’s behaviour. Fashion retailer New Look, for example, surges to 22nd place with an 81% positive sentiment score, up from 65% last year. Rival Zara enjoys a similarly impressive spurt, helping it squeeze into the top 100 for the first time (98th place) with a positive sentiment score of 67%, up from 52%.

Luke Mitchell, head of insight at Voxburner, suggests that such brands have succeeded in meeting young people’s desire for fashionable products at an affordable price. He also hails Zara for offering novelty value and a high level of choice by regularly refreshing its lines, allowing young people to personalise and update their looks. The Spanish retailer owns much of its supply chain, which means it can bring new designs to market quicker than most competitors, enabling it to be exactly on-trend. This apparently contrasts with clothing brand Superdry, which saw its positive sentiment score drop 10 points to 29%.

“In the focus group, participants pointed to the ubiquitous use of the Superdry logo on their clothes as off-putting,” says Mitchell. “A pattern across a lot of the popular youth brands is that they offer choice. They put lots of new products out – what works sells and what doesn’t is quickly replaced.”

Cadbury (4th place, 91%) and Walkers (19th place, 82%) also demonstrate the importance of choice and new products to young people. The latter frequently launches new flavours or limited edition variants to maintain the interest of this demographic. Last month, it announced the winner of its Do Us a Flavour competition, which invited people to engage with the brand by voting for their favourite new Walkers flavour on social media.

Meanwhile Cadbury has steadily introduced a number of new variants in recent years, including its tie-up with Oreo and the Marvellous Creations line of chocolate bars. Mitchell believes that the brand’s British heritage is also attractive to those aged 18 to 24, who retain a sense of nostalgia towards brands they grew up with. Boots, which breaks back into the top 10 (10th place, 84%), and the popularity of other British brands such as Waterstones (49th place, 75%) and HMV (82nd place, 71%) also demonstrate this latent affection, as well as the continuing importance of bricks-and-mortar retail.

“Young people still enjoy the experience of going shopping,” says Mitchell. “It’s something they do with their friends where they will also go to Starbucks for a coffee. It’s up to retailers to reinvent themselves and ensure they are offering young people the types of experiences they want.”

This year’s Youth 100 list undermines the notion that brands need to be especially ‘hip’ or ‘cool’ in order to appeal to young people. For example, Microsoft breaks into the top 10 (8th place, 87%) propelling it above what it is generally seen as its cooler rival, Apple (14th place, 82%). In the fashion sector, budget retailer Primark (45th place, 76%) scores higher than Topshop (188th place, 54%) despite the latter’s chic credentials and stylish advertising fronted by the likes of supermodel Cara Delevingne.

Microsoft’s rise could be partly due to a new strategic direction that has seen it withdraw from overt competition with Apple and focus on its own services and customers. For the youth market, this includes an active programme of visiting university campuses to support students and demonstrate its products. Primark’s strong showing, meanwhile, again underscores the importance of value and low cost to young people. Discount supermarket Lidl is also a big riser, reaching 86th place with a positive sentiment score of 70%, up from 47% last year.

“If you ask people who have never seen this research before [which brand] they think will be in the top 10, they say brands like Beats by Dre, Apple and Red Bull,” notes Mitchell. “Those brands do reasonably well but they’re not as loved as other brands that are there for young people every day.” 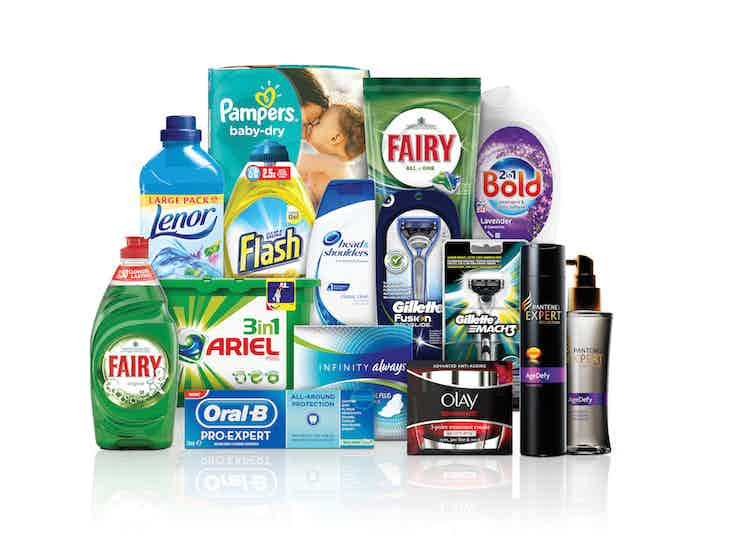