Imagine if everything consumers buy had an internet chip that could communicate with the manufacturer as well as with other objects in the owner’s home. The manufacturer would be able to understand exactly how people use its products and collect information beyond simple sales data.

Called the ‘internet of things’, the idea is becoming a reality and brands including Nike, Diageo and LG are looking at how they can use the technology to get to know people better. Adidas, for example, has created miCoach, a ‘cell’ that fits into a sports shoe and syncs with an app to measure the user’s sports performance. Adidas director of interactive Simon Drabble says the brand is doing this because it wants its relationships with consumers to go beyond the initial sale.

“It is not a single transactional relationship. It is about forming a longer-term partnership with our consumers and helping them along their journey. We go beyond the provision of sporting goods to providing that service.”

Adidas was one of the first companies to use this technology, launching the miCoach range in 2006. It includes wearable electronics, coaching aids and digital platforms to improve the user’s sporting performance, showing how fast, how far and how intense their activity is, and provides detailed insight into their sport and how to improve.

People can also compare themselves with other players and, in what the brand claims is a first, they can compare their skills with players in this season’s UEFA Champions League.

Drabble believes that this is a major growth area for the future. “Demand for such solutions is growing globally and in many different ways. New markets are forming and technology is now becoming more important in sports where previously it was not accessible.”

Cisco Systems has predicted that the internet of things will be worth $14trn (£9trn), with as many as 50 billion devices connected to the internet by 2020.

Drinks giant Diageo is also looking at how it can monitor use of its products via the internet, combining smartphone and tagging technology. It teamed up with software company Evrythng to launch a Father’s Day promotion last year, where bottles of its premium spirits became digitally enabled (see case study).

It means Diageo can capture information about its customers beyond purchase data and contact those who use the bottles as digital media to offer targeted promotions.

However, Hobsbawm says while the industry waits for that to happen, a lot can be done via smartphones and tablets. He says: “Why shouldn’t I be able to ask my oven, if it breaks down, how to fix it? What if I can point my phone at it and ask a question? The actual object hasn’t had anything done to it other than a piece of identification that tells my smartphone what it is.”

“Smart devices and tags can make the internet of things a reality today.”

There are brands pushing this forward. At this year’s Mobile World Congress, electronics brand LG showcased connected TVs and ovens that can be switched on remotely via a phone app and refrigerators that know when something needs re-stocking by reading barcodes (see Q&A).

The brand claims that these technologies will be accessible in terms of price and ease of use and will eventually become the norm in how people live. A report published this month by Forrester Research says that wearable devices, such as Nike’s Fuel Band, and technology embedded in thermostats and mirrors will be the next phase of growth in personal computing.

Senior analyst at Forrester and author of the report Sarah Rotman Epps says there will be less obvious applications for the trend. “The internet of things will become mainstream but at times invisible. It will make its way into most people’s lives but they may not always be aware of it.

“They may be driving down a street that has sensors, passing parking meters and traffic lights, or it could be energy meters in their homes. It will permeate the infrastructure of our lives and only some of those devices will we, as consumers, consciously adopt.”

Rotman Epps says these are disruptive technologies because they “give us access to new types of information about the physical environment that we inhabit. New information disrupts every industry. We expect every industry to change because of this.”

Despite this, the Forrester report finds an unwillingness in organisations to take advantage of the technology, saying that most product strategists are prioritising more immediate product and service opportunities related to smartphones.

Another barrier to the technology’s uptake is whether people will trust companies to use the data collected about them wisely. They will want to be sure that their privacy will not be breached.

Hobsbawm suggests the solution is to ensure that the product offers something really useful. “If the service is designed badly, it could be disastrous. It’s about common sense, good service design and real understanding of how to manage privacy and security.

“There is a slight danger that if a lot of companies that are good at making products think that it’s easy to connect them to the web, they will overlook that these things need to be done properly.”

Jon Mew, director of mobile and operations at the IAB, says that with changing behaviours such as ‘second screening’, where people watch TV while using their tablet or smartphone, people may relish the new things they can do.

“You only have to look at how quickly behaviour and internet use is changing and the devices people use to realise that the world will continue to change at a quick pace,” he says.

“Until these things become mainstream, it’s difficult to know exactly how brands will start to use them, but as we have seen with mobile and tablets, brands that experiment first are often the ones that end up doing the best.” 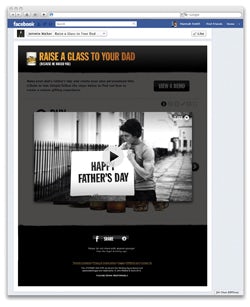 US company RoomMates specialises in creating wall decorations that are removable and reusable and it is looking at how smartphones can use augmented reality (AR) to turn the product into something more fun. For example, its Mickey Mouse decal links to a themed DJ booth when AR is used on a tablet or smartphone. Nicole Kohler, digital marketing manager, says that people will expect their products to communicate with each other.

“Consumers are expecting more interaction from their products than before. Since most people have a smartphone, if they pick something up and see that there’s an associated app for their iPhone or Android, I think they’re more likely to consider purchasing it. Since money is tight, people are looking for ‘smart’ purchases instead of buying impulsively. Along those lines, I believe that things can go beyond just sitting somewhere looking pretty.”

Some of the technology might seem too futuristic to become mainstream, for example Google’s motivational talking shoe, which was demonstrated at the South by South West festival in Texas this month. Similarly, Reebok created an American football helmet that can measure the impact of players’ heads crashing together, produced with US company MC10 – which also makes pilates clothes that can advise users on their posture as they work out.

It may not be too long before some products become popular. Google Glass (pictured pages 14-15) – a pair of glasses that let people surf the internet, take pictures and share what they are seeing with friends, launched earlier this month. Although Google says the product is still in development, reports suggest the glasses could be available to consumers by the end of this year.

The UK may also see a flurry of activity. The Government announced funding worth £6.2m, via the Technology Strategy Board, into the internet of things as it looks to invest in new ideas for technology and maintain the UK’s position as a global leader in innovation.

Announced by the minister for universities and science David Willetts MP, the investment will go towards eight business-led projects to develop smart applications across transport, energy and the built environment. It will look at how technology used in everyday life could be connected.

“The UK needs to remain at the front of the global race for these kinds of technologies,” says Willetts. “That is why we are investing in innovative businesses that can take the ideas from the research lab into the marketplace, ensuring that those ideas do not fall into the so-called ‘valley of death’.

“There is a very strong and growing demand for machine to machine communications, which means that there is a real growth opportunity for the UK to take advantage of in this sector. There are estimates that put the potential market for the internet of things in the hundreds of billions to trillions of pounds a year worldwide.”

Now it is up to marketers and brands to make these dreams a reality.

What is the internet of things?

The internet of things is when everyday physical products are connected to each other via the web. It requires technology to be embedded into an object in order for it to communicate with consumers and other connected devices.

The term was first used by Kevin Ashton in 1999, who helped start radio frequency identification research consortium Auto-ID Center at the Massachusetts Institute of Technology. Ashton’s idea was that if there were computers that knew everything about items or objects, using data they gathered without human input, it would allow people to track and count everything and be able to know when things need replacing or repairing, for example. This year’s Consumer Electronics Show and Mobile World Congress both featured brands experimenting with products that can do this.

To hear from top-level client-side marketers on innovative digital and data strategies, register for Marketing Week Live. Free to attend, the UK’s premier marketing show is held on 26 and 27 June at London’s Olympia. 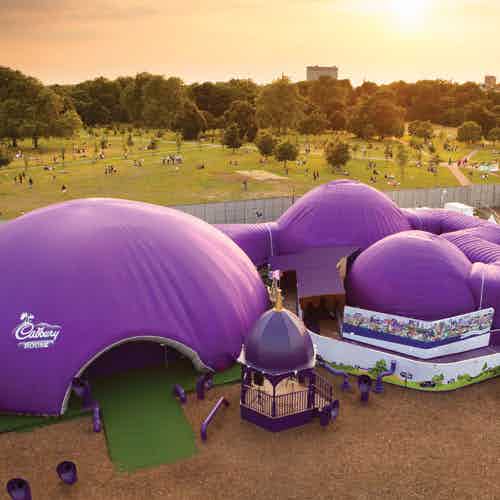 FMCG giants are winning over consumers by pushing their parent company to the fore and drawing on the power of their brands. 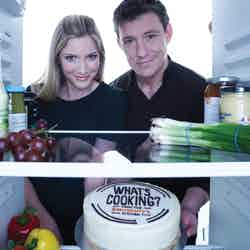 Ambitious young marketers are rising to senior roles with the aim of effecting change.