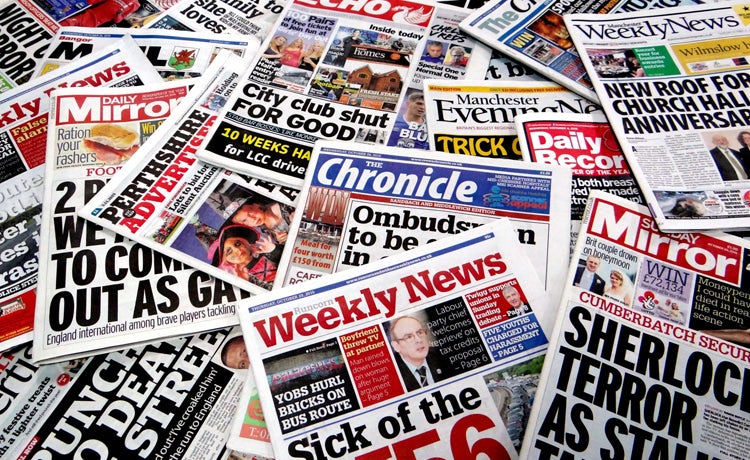 Trinity Mirror has rolled out an ad-free subscription service for the Mirror in a bid to keep an “ongoing dialogue” with its readers and try out different business models.

For £2.99 a month, users are able to access the Mirror’s website without seeing any banner ads, pop-ups or video ads. While messaging to promote the service is shown every 10 articles and to people with and without ad blockers enabled, it seems a clear attempt to get people who block ads to pay.

It is the first in a series of projects that aim to help Trinity Mirror better understand the relationship it has with its digital readership. However, the business is adamant that it won’t be erecting a paywall any time soon.

“It’s more of a sense of our appetite here to look at different business models and try new things, see what works, and then be perfectly prepared that if the demand isn’t as big as [we might have hoped], to try something else,” Zoe Harris, group marketing director at Trinity Mirror, tells Marketing Week.

“But if it works well, then we can roll it out across the whole portfolio and push it more heavily.”

When questioned on why users would want to pay for a service that they can get for free if they download an ad blocker, Harris insists it will appeal to people’s rational side by explaining the cost of producing quality journalism.

“For some people it’s about integrity and honesty. If they value your content enough they think ‘why should I get it for free?’. We know some people like our content best, have a real affinity to what we stand for and want to protect the journalistic values of the Mirror in this instance,” she explains.

READ MORE: Does the ad industry need a global response to the rise of ad blocking?

While the Mirror is launching a subscription service so its users don’t see ads, the Telegraph and The Times have a ‘members-only’ paywall in place allowing users to read premium content. The Guardian has recently started adding notes at the bottom of every article asking for readers to donate.

Rather than overanalysing it, it’s about seeing what happens and about keeping a dialogue with our users throughout.

Harris adds that the feature is currently keeping a “low profile” on the website, as the business does not expect the service to appeal to “a huge number” of its users.

“It’s too early for us to say [whether it has been a success], and we are certainly not sharing any of the numbers. We are not expecting a majority of users to take it up. This [service] will appeal to the minority,” she says.

Nevertheless, Harris believes projects like this provide an opportunity for the business to check in with its readers and understand their motivations for subscribing or dropping out. This in turn will inform the way Trinity Mirror positions and promotes the service in future.

“Rather than overanalysing it, it’s about seeing what happens and about keeping a dialogue with our users throughout, so we can understand what’s happening and why. It’s equally as interesting to understand those who have subscribed, turned off ad blockers, subscribed and dropped out, or decided not to pay. Until you put these things live, the information you get is only so valuable,” she says.

The company has previously rolled out messaging urging ad-block users to switch off their ad-blocker or whitelist the site. This also seems to be working, she says, as the use of ad blockers on the site has reduced.

To keep the momentum going, the company is looking into refreshing its messaging and looking into other ways it can stop its readers from blocking its ads. Harris also say it is monitoring its ads “all the time” as well as listen to customer feedback to ensure the user experience is as seamless as possible.

She concludes: “It’s a fast-paced industry. As things change and consumers start to pay more for content and understand why there are ads on sites, the belief that ad blocking is not responsible consumer behaviour will get through.”