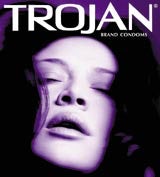 The Advertising Standards Authority (ASA) is investigating 33 complaints against a poster campaign for US condom brand Trojan. One poster features a woman seemingly in the throes of a sexual act, with the tagline: “Her pleasure”.

The complainants have objected that the ad, created by Media Therapy, is offensive and demeaning to women. It has also been labelled as pornographic.

The advertising watchdog has upheld a complaint against a press campaign for designer handbag brand Tanner Krolle, featuring a semi-naked couple who appear to be having sex against a sink.

The ASA has not upheld 12 complaints against a Dolce &amp; Gabbana poster and press ad showing three girls and a boy wearing tops open at the chest. The ASA ruled that the image was unlikely to cause offence, but noted that the poster appeared in an untargeted medium.

A complaint against a Dolce &amp; Gabbana cinema ad for a watch was not been upheld. The ad begins with a party scene, cutting to a woman entering a room to meet a man and ends with her sliding the watch into her trousers. The ASA ruled no sexual violence was implied.