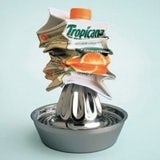 Pepsi-Cola UK has appointed Tropicana marketer Bruno Gruwez as its marketing director to replace Caroline Diamond, who announced in March she was leaving to spend more time with her family (MW March 16).

Gruwez has worked on the Tropicana juice brand since 1994 and progressed through the organisation to become its head of marketing for UK &amp; Ireland. Following the consolidation of Tropicana into PepsiCo Europe, he held a number of pan-European roles, including his most recent position as business development director for juice in Europe.

The new UK marketing chief will report directly to Peter Gutierrez, franchise vice-president for UK &amp; Ireland. His appointment is effective as of May 15 in order to allow a smooth transition before Diamond’s departure on May 31.

Gruwez will have minimal impact on the soft drinks company’s FIFA World Cup plans which have long been in place. Although Pepsi is not an official sponsor of the tournament, like its rival Coca-Cola, it has invested millions of pounds in several campaigns designed to associate itself with the World Cup excitement.

One campaign involves teenagers taking on football challenges in some of the sport’s top international stadia alongside the likes of David Beckham and Thierry Henry. The initiative will be filmed and broadcast, during the tournament and is one of the few branded content schemes to work on a global scale.

Pepsi UK also spent &£7m on its “What’s in your locker?” promotion, which offers consumers the chance to win an Xbox 360 console and a copy of Sega’s Football Manager game every 90 minutes during the World Cup.