The digital channel is offering bespoke and exclusive content to run throughout the commercials, which will include behind the scenes footage, interviews with director Alan Ball and leading cast members.

The additional material will air on the channel in the first three episodes of the season’s premiere. The second season of True Blood airs exclusively on FX from 26 February.

Cecilia Parker, general manager of FXUK, says: “The aim is to offer a seamless broadcast experience for fans of True Blood so that viewing remains intact throughout the whole airing.” says

The broadcaster hopes that the high-concept spots will encourage viewers to sit through the commercial breaks, even if they watch through a personal video recorder.

The show, based on a series of novels, stars actress Anna Pacquin (pictured), in the leading role as waitress Sookie Stackhouse.

FXUK is carried by BSkyB, Virgin Media and Talk Talk. 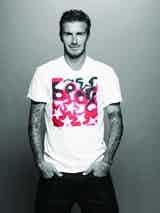 Sainsbury’s and TK Maxx are joining forces with Sport Relief, the sport focused charity offshoot of Comic Relief with the launch of official charity t-shirts designed by the Beckhams.