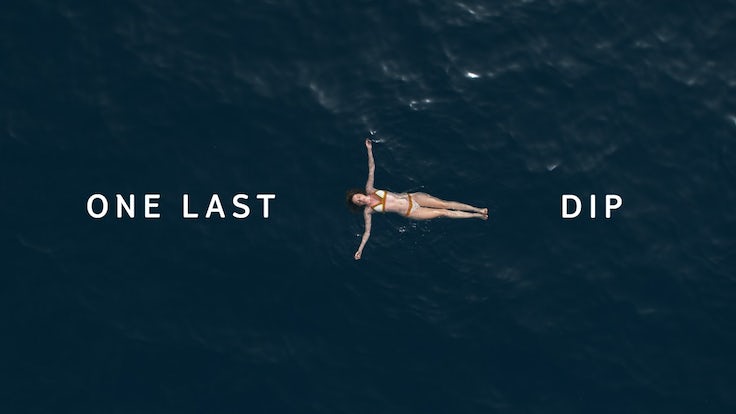 Change is often borne out of adversity. That was the case at travel operator TUI, which saw the tumult of the pandemic as a chance to reinvigorate its brand with a new identity, set of creative principles and media strategy.

“I’m not sure if all of this would have happened without the pandemic,” admitted TUI group brand and content director Toby Horry, speaking at the Marketing Society’s Changemakers conference today (10 November).

“There’s a spirit of ‘Don’t waste a crisis’, so it gave us that impetus to say: ‘When this finishes we need to make sure we’re as strong as we possibly can be’.”

Armed with a new brand purpose centred around creating the moments that make life richer and the consumer facing slogan ‘Live Happy’, the travel business began crafting a revamped identity to resonate in a post-Covid world.

Horry explained that much of what the team did was “evolutionary”, keeping hold of the aspects the business was good at, while seeking to grow relevance amongst a broader group of customers and increasing the brand’s distinctiveness.

“We’ve done that exercise where you take all of our advertising and your competitors’ advertising, put it on a wall, move all the logos round and struggle to tell the difference,” said Horry. “In travel that’s probably even more true than in many other sectors. You see lots of nice pictures of beaches.”

We really understand the inter-relationship between brand and performance when it comes to how our brand performs.

One of the first things TUI did was shape a new set of creative principles. There was an acknowledgement that in the past the brand had been a “little bit recessive” and reliant on people who were already familiar with the business. The team developed principles around positive energy, stylish touch and confident leadership, focusing on being happy, modern and bold.

Central to this rethink was becoming more digitally-centric. The last time the marketers had properly looked at the brand identity was when the business migrated from Thomson to TUI five years ago, over which time the digital environment had moved on.

It was also crucial for TUI to address its media approach, which historically had involved splitting out brand spend from digital and performance. There had also been a tendency to position the digital work as an investment that drove sales, whereas brand spend was “a bit fluffy”.

Conscious of the need to “move on from that conversation”, TUI decided to break brand spend down into four tasks. Task one is at the top of funnel, maintaining fame and building emotional resonance for the masterbrand, while task two is driving reappraisal and changing perceptions.

“By breaking that brand spend into tasks one to four it helps explain internally, and particularly with finance, why we’re spending bits of money on the different things we’re doing,” Horry explained.

“Consideration is really important for us because what we see is the better our consideration, the more direct and organic traffic we get to our site and the less money we have to pay in terms of performance marketing. We really understand the inter-relationship between brand and performance when it comes to how our brand performs.”

In terms of the brand identity, TUI was keen to harness the power of its smile logo, something Horry described as an “incredible asset”. The team developed digital assets and bespoke work for social media, as well as considering how to use animation to best affect. The idea was to give the marketers permission to be more playful with the way the smile logo is used.

All the work around the visual identity and repositioning played into the new campaign, launched in October, to articulate the Live Happy brand platform. As part of this work TUI used frameworks set out by the Advertising Association’s black representation in marketing (BRiM) initiative to show greater diversity in its creative.

“We’re trying to pay a lot more attention to that when we are developing work and make sure we’re showing the different aspects of diversity across the work we do,” Horry added.

Coping with a crisis

To say TUI had a crisis to deal with at the onset of Covid-19 would be an understatement.

When the pandemic began the business had 45,000 customers in 32 countries whom it repatriated in 14 days, including evacuating 24,000 customers from Spain in the space of 48 hours.

By the end of March TUI was receiving 1.5 million calls a day to its contact centre, compared to the 5 million calls it would expect in a standard year. TUI CMO Katie McAlister explained that even having set up retail employees to operate as virtual contact centres, there was no way the business could cope with the level of demand.

“In the end we refunded £1.5bn worth of revenue in the UK business alone and we couldn’t get that machine to work fast enough and as a leader that was a really difficult time for me,” she admitted.

“We had all the bad press and I had a team of people where I couldn’t get a process to work for them to do their job. So as a business that prides itself on customer service and looking after our customers and trust, it was a really difficult time.”

TUI had to cope with more than 100 updates to the government’s travel traffic light system, with no pattern to the announcements and details being leaked to the press. McAlister recalled Transport Secretary Grant Shapps tweeting that France was going on the travel red list at 9.50pm on a Thursday night. In total there were 240 days last year where travel was not permitted.

“We were mothballing an entire business with no idea quite honestly when we would start anything again or be able to take anyone on holiday again,” the TUI CMO recalled.

It became clear that the business needed to prioritise in order to move forward. McAlister explained the crisis focused the team around what was important and encouraged them to become single minded.

The brand kicked off a monthly quantative and qualitative survey, asking customer how they felt about travel, when they might travel and what were the barriers to travel.

“Customers told us they didn’t feel confident booking something that couldn’t be changed, so we introduced the most flexible terms and conditions in the whole industry. Customers told us testing was prohibitive. It was £150 for an amber package at the time. We did a deal with the testing provider, we subsidised it and we went to market with £20 for a testing package,” said McAlister.

“When insurance companies wouldn’t insure Covid overseas and customers told us they were really worried about getting Covid, we developed a product with AXA which covered that exactly and we included it in the cost of holidays.”

Following the fallout from “refund-gate”, TUI rebuilt its booking management system to give customers a self-service experience within the space of six weeks. Pre-Covid McAlister estimated such a project would have been six months just in the discussion.

To aid the accelerated shift to digital channels, TUI closed a third of its retail estate and deployed employees to the phonelines and live chat.

The final key focus was on communicating with staff to reassure the team that the business had a vision not only to survive, but to thrive.

“Our business was so heavily impacted and the confidence of our colleagues was so dented. There was a real thing of: ‘Will the business survive? What is this bad press we’re getting? How are we going to manage through this?’” McAlister recalled.

“So, we really upped communication and overcommunicated from where we were in a normal position. A lesson for me when going through any kind of transformation is it’s actually so important to overcommunicate to reassure people and make sure they understand what the plan is, and their role in that.”

TUI now acts on customer insight “almost immediately”, a change brought about by the pandemic that CMO Katie McAlister says must remain in place if it is to retain a competitive advantage.