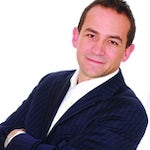 The company recently warned that it had not shifted all its summer stock and expected capacity to be flat next year.

The warning drove down TUI’s share price but the stock has since risen as parent company TUI AG is weighing up whether to buy the shares it does not currently own.

He says: “I’m particularly proud of the way we have brought the customer into the heart of TUI UK.”

Williamson is looking at other roles both within and outside TUI Travel.

TUI Travel owns the Thomson Holidays and First Choice brands and the company as formed by the merger of First Choice and parent company TUI in 2007.

The holiday industry has come under pressure due to the recession and rising costs. Several smaller operators have gone out of business in recent weeks.