In the first week of the New Year, before many companies were up and running after Christmas, the British Airways communications department was already striving in vain to stem a barrage of negative newspaper headlines.

Reports of thousands of passengers waiting for the return of missing luggage after more than 800 flights were cancelled over Christmas because of fog, sat alongside headlines about strike ballots among disgruntled cabin crew members.

Such stories serve as an unwanted hangover from 2006, a year British Airways management must have been relieved to see the back of. Commercial director Martin George resigned for the part his department played in an alleged price-fixing scandal still under investigation. A terror scare in the summer grounded hundreds of flights and caused chaos for months at Heathrow as passengers lost track of what they were allowed to take on board in their hand luggage.

Then a number of BA aircraft were found to contain traces of radioactive polonium 210 linked to the death of former Russian spy Alexander Litvinenko. The airline had to advise more than 30,000 passengers and 3,000 staff to consult doctors in case of contamination.

Mounting misery
More headlines surrounded the suspension of a member of staff for wearing a Christian cross around her neck and the effects of the Stern Report on climate change on BA’s business and reputation. Add to that the cabin crew ballot, a pension crisis only now beginning to be resolved and the company’s travails with the inclement weather at Christmas and it seemed a week could not pass in 2006 without more torment for BA.

From a marketing point of view, 2006 was particularly notable for the absence of a long-promised brand campaign. Instead we saw a Bartle Bogle Hegarty (BBH) created campaign supporting the launch of low-cost one-way fares – BA’s attempt to compete with the low-cost European airlines that have threatened its short-haul European business in recent years.

Most industry observers believe that a reassertion of one of Britain’s most powerful brands is exactly what is needed by BA. One advertising industry executive who has worked with the airline in the past says/ “BA screwed up its marketing last year by forgetting all about its positioning and concentrating on price. Ludicrously, the national carrier started looking like Ryanair. What it needs to do is put that great brand right back at the heart of things.”

The source claims there are tensions between BA and BBH and points out that the “Upgrade to BA” strapline the agency used to win the pitch has not been seen or heard of since.

BBH won the £60m advertising account from M&C Saatchi at the end of 2005 but rumours persisted throughout last year about relationships, consultants being called upon, of executives storming out of planning meetings and of disputes over creative work. That speculation may increase with O’Brien’s departure. Even now one industry source claims: “BA would love to reappoint M&C but it can’t be seen to admit to a huge and catastrophic error of judgement.” 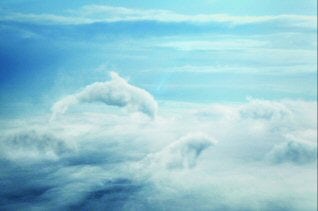 Waiting to upgrade
Both BA and BBH group chairman and creative director John Hegarty deny there is any animosity between client and agency. Hegarty says a brand campaign incorporating several executions using the “Upgrade” theme has been ready for months and is just awaiting the go-ahead from the airline. He says: “Every time we were ready to launch the campaign, some new disaster befell BA and the brand was back in the newspapers. We and the client felt it would prove to be counter-productive to launch the campaign alongside negative coverage. As for the rumours, why would the client want to add to its problems with another lengthy pitch?”Hegarty describes 2006 as an “annus horribilis” for BA and says: “There were some goings-on that BA will admit it could have handled better like the Cross issue but then there were crazy incidents like the polonium scare that the client could do nothing about.”

One industry observer believes “every year is a terrible year for BA” because it acts as the lightning conductor for any criticism directed at the aviation sector, but an optimistic Hegarty sees better times ahead, saying: “BA has some really good news coming.”

O’Brien, who has occupied a range of marketing roles within the company over 17 years and will leave in April, says: “It’s been a difficult year and admittedly there were times when we scored some horrible own goals. At times perhaps we weren’t quick enough to recover from setbacks and things like terror and fog will in future be managed much better. But BA believes it can help itself by focusing on the brand and though we made a deliberate decision to stall the launch of the brand campaign last year in case it was lost amid the clutter, I can guarantee it, alongside other campaigns focusing on price, products and corporate social responsibility, will launch in the next financial year.”

O’Brien says BA is to recommit to the customer service philosophy for which it is famed and will be seen to put customers first. “In recent years where we’ve concentrated on price proposition or BA.com, this year it will be all about the passenger,” she adds.

Terminal advances
Last year’s £100m investment in Clubworld (MW February 21, 2006) will be followed by further significant investment. An audio-visual digital entertainment system to be installed throughout the entire fleet will cost £30m, while refreshing and relaunching the first class cabin will cost a similar amount. The redesign and refurbishment of all existing BA lounges ahead of its move into Terminal 5 next year may cost up to £50m and there is currently a tender out to aircraft manufacturers to grow the fleet, despite the government’s environmental concerns surrounding the expansion of the aviation sector.

O’Brien does not regret the launch of low-cost one-way fares, saying it reflected what the market was demanding and made BA more accessible to many new customers, but she clearly expects a better year for BA in 2007, fuelled by marketing and investment. O’Brien also maintains the relationship with BBH is “perfectly healthy”. She says that she is surprised how quickly the agency got up to speed with BA’s needs, but less surprised that its work has already out-performed expectations when measured against the brand and income.

Both parties say the “Upgrade” campaign has performed well in research and O’Brien adds: “We are one of the most talked about brands in any sector with more column inches in the press than any other big name. Working for BA is like being in a shop window and the airline gets linked in an exaggerated way to any ill within the sector. But it is re-inventing itself all the time and people will be reminded this year what the BA customer experience means.”

BA is one of the few brands big enough to sound convincing when it says it plans to market its way out of trouble. The airline is preparing to flex its muscles to ensure that 2006 fades quickly into memory. But success may depend heavily on the direction taken by O’Brien’s successor.

HMV Group today has announced the departure of a key senior board member as it reported a first-half loss of £31.8m, This was despite an improvement in sales over the Christmas trading period in the UK and Ireland. The music and book retailer confirmed UK and Ireland managing director Steve Knott would leave the company […]

Environmental action group Greenpeace has hit out at Apple yesterday for the lack of ‘greening’ in this year’s keynote address from Apple Computer chairman and chief executive Steve Jobs. At the Macworld conference yesterday, Jobs announced the roll-out of the iPhone and unveiled Apple TV, a set-top box that allows users to stream video from […]