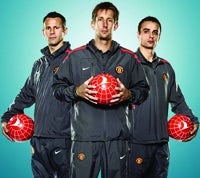 The airline replaced Air Asia as the team’s official carrier last year in a 3.5 year deal.

Pictured left to right are Giggs, Van Der Sar and Berbatov. The campaign was created by Depofilm and Taylor James.

Speculation surrounds reports that Manchester United has held discussions with Qatar Holdings about buying the club.

Ji-sun Park and Ryan Giggs both recently appeared in a Smirnoff vodka campaign. 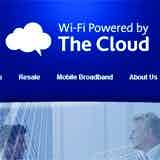 BSkyB is expected to complete the acquisition of The Cloud network this week, a move which will offer its 2.8 million broadband customers access to Wi-Fi hotspots.

I am in the process of being wheeled out by our sales team for key customer meetings this month. Joint business plans are the name of the game. We share our brand plans with retailers and they then tell us how much it is going to cost to secure their participation. Linked to this is […] 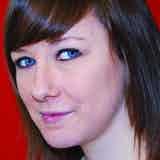 There was no way to dress up Nokia’s fourth-quarter results report yesterday (27 January) – the figures were certainly not rosy. Nokia’s accountants must have felt shooting pains in their fingers as they typed in each digit of the bleak financials: profit down 21% for the three months to December, full-year sales at a lower […]