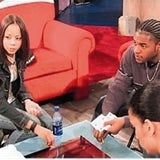 Television is in the middle of an identity crisis. It does not know how to define itself, is grappling with archaic measurement systems and risks alienating an entire generation of viewers by reacting too slowly to change in a fast-paced digital world.

Yet television – or more broadly audio/visual services, as the industry moves increasingly from the linear model of its inception – is alive and kicking, with convergence bringing more opportunities than threats. That was the mixed message coming from Marketing Week’s TV 2006 conference, where media agencies, owners and advertisers met in Rome last week. As conference chairman Nick Higham, presenter of BBC News 24 Factfile, said: “TV is changing – and by God it’s changing fast.”

Channel 4 head of strategic sales and commercial Mike Parker predicted: “I can confidently say the future is audio/visual. We are redefining television – it is no longer a broadcast stream but instead A/V content. The question is what does that mean?”

Reaching viewers through “engagement”, as opposed to “interruption”, was a widely discussed topic. New business models such as transactional channels, podcasting, vodcasting and internet protocol television (IPTV) are increasingly bringing in new players such as Yahoo!, MSN and BT. Branded content, interactive advertising and product placement – guidelines for which are under review with media regulator Ofcom – look set to become commonplace.

But as Frank Zazza, founder of American product placement agency iTVX, said: “If you want to call it engagement, go ahead, but I don’t think two people in this room could describe exactly what that is.”

Jim Marshall, chairman of the Institute of Practitioners in Advertising’s Media Futures Group, warned: “If you try to keep tabs with the definition of television then you will go mad because it is changing very quickly. It used to be a medium that dictated how consumers used it, but because of the sheer volume and choice alone, the consumer is now in charge. We have to look at the consumer and not the medium.”

MindShare Worldwide global director of consumer insight Sheila Byfield believes there is still plenty of scope for “traditional TV” in a consumer-centric world. “There is no evidence to suggest that television is going to change radically – at least not for the masses and not in the short term,” she said.

Looking forward, however, is a different story, according to Byfield: “There is a huge generation shift. If we want to understand the future we need to be concentrating on the 16- to 18-year-olds or younger. There could well be a permanent generation gap. Children are growing up in a different world and we need to know how to keep the medium as a powerful tool.”

That, suggested Martin Hayward, director of consumer strategy and futures at research giant Dunnhumby, could prove difficult. He attacked the industry for falling behind clients, who were “way ahead in dealing with the new world” and claimed that measurement was both an afterthought and out of date, relying on estimates and “hunches” in a data-rich world. “Television is still resting on its laurels and the processes of the past,” he said, adding that advertising was too expensive and too slow to respond.

Barclaycard head of brand strategy and advertising Paul Troy believes the medium is becoming an unprofitable no-no for small spenders, but marketing director of The Guardian Marc Sands, said: “The Guardian has an affection for television that is beyond what it should be.”

The industry, it seems, knows it must change but the future direction is far from clear.