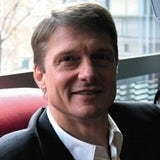 The World Cup is unlikely to trigger an uplift in overall TV advertising revenues, says Channel 4 sales director Andy Barnes, despite the premium usually created by the football fever. He adds that June will be the fifth cheapest month to buy television advertising space in the past five years.

His comments add to the furore that has developed around the “appalling” state of television advertising this year, with media agencies and owners expecting a 3%-5% drop year-on-year. In 2005, the overall market was down 21% against the previous June – during the football tournament Euro 2004.

The lack of advertisers lining up to book space around the World Cup will hit ITV the hardest, although other broadcasters are also feeling the pinch. ITV had been banking on increased demand after a slow start to the year, with bookings expected to be up by as much as 20%.

Barnes says: “Advertisers have avoided the World Cup. From a Channel 4 perspective it is less of a problem but it is still a problem because the event should bring more money into TV in general.

“Why aren’t advertisers in the World Cup? June this year is going to be the fifth cheapest month in the past five years,” he says, adding that World Cup months usually attract increased spend.

MindShare broadcast buying director Andy Zonfrillo admits: “It is appalling. June revenue is not going to get any better. The market is incredibly weak and unfortunately it is set to continue for the third quarter. We are in for a reasonably tough six or seven months.” He says that tough time could also stretch to other media, with the possible exception of the internet and search marketing. “If you talk to clients, most have financial pressures in some way, shape or form.”

Starcom UK trading director Chris Locke agrees: “Whatever June is, July and August will be much worse.” He does not believe advertisers have been put off by price, but by their own budget and “creative” restraints.