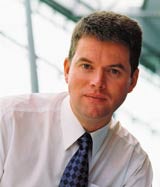 Television is no longer a “must-have” on a media schedule, according to Toyota GB commercial director Paul Philpott, in the Incorporated Society for British Advertisers (ISBA) Annual Report for 2005.

Questioning the diminishing status of the 30-second TV ad, he said: “For me, the two big issues are the growth of the internet and the power of Web advertising, and the question of where the 30- second TV ad goes from here.”

He added: “I’m not anti- TV, but it is no longer a must-have on a media schedule.”

Toyota GB spends a total of &£52.5m on its advertising.

Philpott added that reach and coverage can be achieved through a non-TV plan, and that radio and press have a strong potential as brand builders. “In a world of Personal Video Recorders, creative excellence and developing new formats for TV will become ever more powerful, and they need to be supported,” he said.

ISBA meanwhile made the case for the “evolving media environment”, saying that it presents opportunities, as digital technology and interactivity open potential for more targeted, one-to-one, interactive and ultimately more effective marketing communications.

The annual report also identified six “action plans” for the coming months: promoting and understanding the value of advertising; securing the freedom to advertise; tackling the challenges of an evolving media environment; advancing advertiser-agency best practice; and advising, guiding and serving its members.