Changing viewing habits, the Web, convergence, mobile TV, product placement and sponsorship are just some of the topics to be debated at TV 2006 conference on May 17 and 18, but the question on everyone’s mind is likely to be: is television advertising still best-placed to take advantage of these developments?

Television is best-placed to capitalise on the digital revolution, Vizeum managing partner Piers Taylor says ahead of Marketing Week’s TV 2006 conference in Rome on May 17 and 18.

Taylor claims that while advertisers are concerned TV “isn’t working as hard” as it once was as an advertising medium – because of fragmentation of channels and audiences – it is still crucial.

He is set to take the stage with Vizeum client Coca-Cola, to talk about integrating TV into wider media campaigns. Digital offers fresh possibilities for advertisers and owners alike, with agencies acting as the “glue” in integrated media campaigns.

The speech follows concerns aired by Incorporated Society of British Advertisers (ISBA) president John Clare – also chief executive of Dixons Stores Group – over how agencies were addressing the needs of advertisers to communicate with customers through converging digital channels.

Clare told Institute of Practitioners in Advertising members at that body’s annual lunch last week that he was convinced the combined effect of digital television, the internet, mobile video downloading and mobile TV – “in other words the whole digital revolution” – represented the most fundamental shift yet experienced in the marketing and advertising environment.

Unilever, too, is reported to believe that traditional agencies are struggling to keep up with rapid changes in the industry and has set up new internal teams in response. The consumer goods giant is said to have developed communications, planning and digital operations as part of its strategy, to respond to what some are suggesting is TV advertising’s declining impact. Unilever global media director Alan Rutherford says TV advertising now makes up only around 65% of the company’s overall advertising budget – a 20% decline in the past six years. Yet agencies and owners are adapting rapidly to quash such advertiser concerns, with TV’s marketing body Thinkbox rallying to add its voice to the fray. TV advertising, and its pivotal role in the new media age, marks the theme of this year’s conference for advertisers, owners and TV planners. 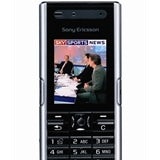 Hot topics include: interactive TV and its impact on viewing habits; measuring the impact of sponsorship; the challenges and opportunities for TV advertising on multiple platforms; and what can be learnt from the US model of product placement, as media owners look increasingly for revenue streams other than spot advertising.

Taylor says: “Clearly the television contractors have realised that they need to start seeing digital and online as opportunities because there will be full-scale convergence. TV should be best-placed to take advantage.”

He adds: “Digital has transformed the media. Not only that, but it has transformed customers and consumers. The big step now is to understand that change. We talk of consumers editing and avoiding communications, but what digital has done over and above that is change consumers’ expectations of brands and the way they interact with them.”

Selling TV’s virtues to advertisers has long been left to individual broadcasters and sales houses, yet last year the industry teamed up to launch marketing body Thinkbox. Its aim was to rid advertisers and agencies of their negative perceptions of the medium, and renew interest in its contribution to marketing effectiveness. Yet, for much of 2005, the body was mired in management changes coincidentally brought about by board members leaving their full-time roles.

This lack of stable management, and little tangible evidence of activity, left many advertisers questioning Thinkbox’s purpose. The board, which recently named outgoing PHD chairman Tess Alps as its full-time chief executive, will be angling to make itself heard at the conference after a difficult first year. It hopes, through an audiovisual interactive session, to “explode myths” that TV advertising is expensive, fragmented and not as powerful as it used to be.

Perhaps so. Yet as Chris Shaw, former Universal McCann executive vice-president, points out: “People’s starting point is not necessarily TV any more.” Shaw, who now works for Simon Fuller’s 19 Entertainment looking after its sports interests, says the starting point in any integrated campaign was always TV and how it spread out from there – but times have changed.

Whereas TV was once considered the fulcrum of a heavyweight campaign, advertisers and agencies alike now see it as one integral cog in an integrated communications drive. “The way people are thinking about using TV has changed,” Shaw adds. “They don’t immediately think of advertising on TV. It is one thing, but not the only thing.”

All the companies involved in TV are working quickly to catch up, he says. “At the moment, it is the promise of what is to come that is concerning advertisers and owners, rather than the reality of what is happening at present. There are a number of digital fanatics who will talk evangelically about digital, yet more often than not they are excited by what the technology can do, rather than what it can do for the individual consumer.”

Shaw suggests these digital evangelists are not thinking about how the technology can, and should, be applied, leading a lot of people to become “scared” that they are being left behind, and creating a degree of confusion and panic.

As Clare concluded in his speech: “The old solutions don’t apply.” What those new approaches may be will be a topic of much debate in Rome.