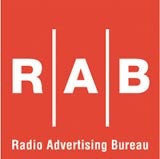 A new television advertising body similar to the radio industry’s Radio Advertising Bureau could be given the green light by broadcasters and television sales houses in the next month or so.

Channel 4, Five, BSkyB, ITV, Viacom Brand Solutions, IDS, GMTV and Turner Broadcasting are all understood to be involved in discussions to set up an organisation to push TV as a medium. It could take the form of an industry body like the RAB or as an alliance to sell TV as a medium through the individual member companies. An event or conference for advertisers is also a possibility.

The discussions have been in progress since last year’s TV United conference in Bath (MW May 8, 2003) when the TV industry came under fire from advertisers for failing to “sell” their medium. But the talks were temporarily put on hold while the Carlton and Granada merger was going through. Now that has been completed – ITV plc began trading on the stock market this week – the various parties are anxious to agree a course of action before this year’s TV conference, called TV: The Challenge, in London in April.

Viacom Brand Solutions managing director Paul Curtis says: “There has been on-going dialogue since the conference in Bath. The will is there to do something.”