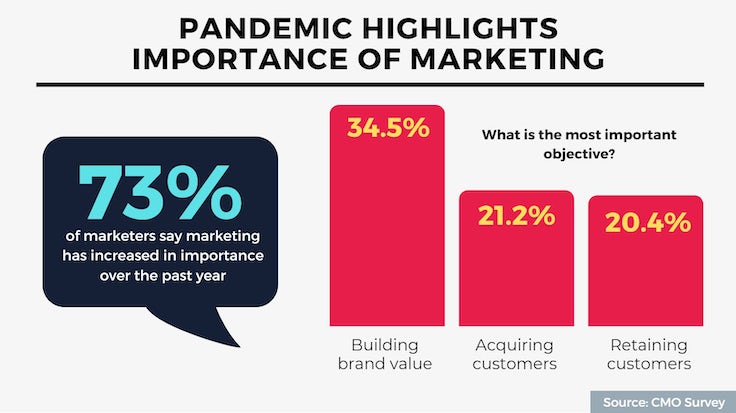 Almost three-quarters (73%) of marketers say marketing has increased in importance over the last year.

Four-fifths (78.9%) of marketers have been focusing on upgrading consumer-facing digital interfaces during the pandemic, while over half (56.1%) moved towards creating improved end-to-end customer tracking.

Spend on marketing dropped by 17% over the past year, although digital spend saw a 9.6% increase. Marketers predict an overall rise of 10.6% to spend throughout 2021 with a focus on digital, which is tipped to rise 18.7%, while brand building will see a 15.1% boost. 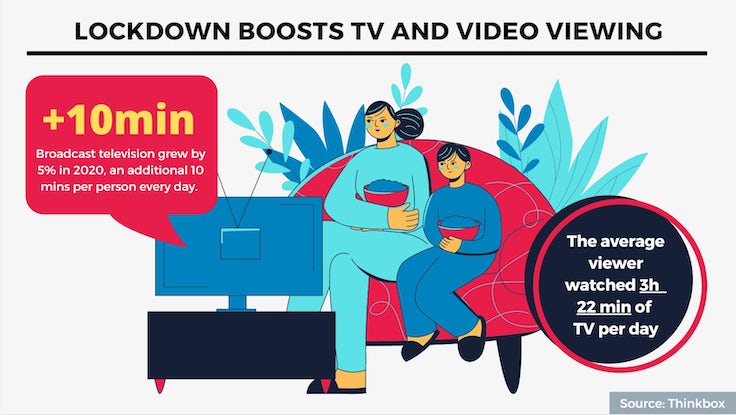 Broadcast television encompassing live, on-demand and playback services, grew by 5% in 2020, which equates to an additional 10 minutes of viewing per person every day. The average viewer watched 3 hours and 22 minutes of broadcast TV per day.

Subscription video-on-demand (SVOD) services such as Netflix and Disney+ saw average viewing times increase by 11 minutes per person per day, this equates to a 50% year-on-year surge. The average person watched 35.5 minutes of SVOD content a day.

Expanding the scope to include all forms of video, including social media, people spent 40 minutes per day watching this type of content. Cinemas saw a 75% drop off as establishments were forced to shutter under lockdown rules but are tipped to “bounce back” when measures are lifted.

YouTube saw 5.6% of all video advertising, while TikTok took 1.4%. Broadcast television accounted for a massive 91%. 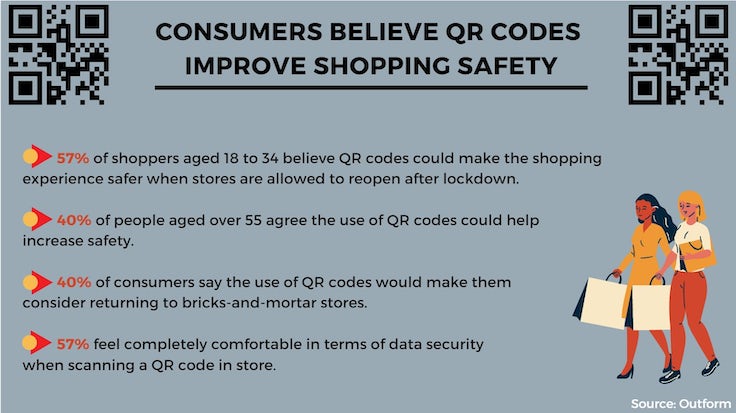 More than half (57%) of shoppers aged 18 to 34 believe QR codes could make the shopping experience safer when stores are allowed to reopen after lockdown. Although slightly lower, 40% of people aged over 55 agree the use of QR codes could help increase safety.

The use of QR codes has increased since the pandemic began, with 40% of consumers also saying using them would make them consider returning to bricks-and-mortar stores.

Given their rise in use, people have become more accustomed to scanning QR codes over the past year, with 57% feeling completely comfortable in terms of data security when scanning a code in store.

Social commerce on the rise 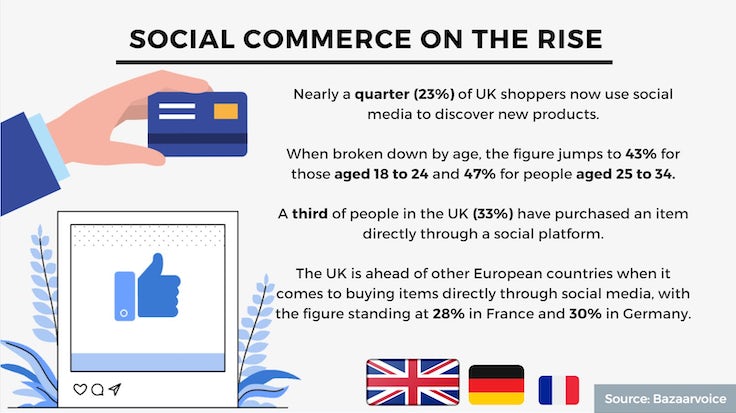 A third of people in the UK (33%) have purchased an item directly through a social platform.

The UK is ahead of other European countries when it comes to buying items directly through social media, with the figure standing at 28% in France and 30% in Germany. 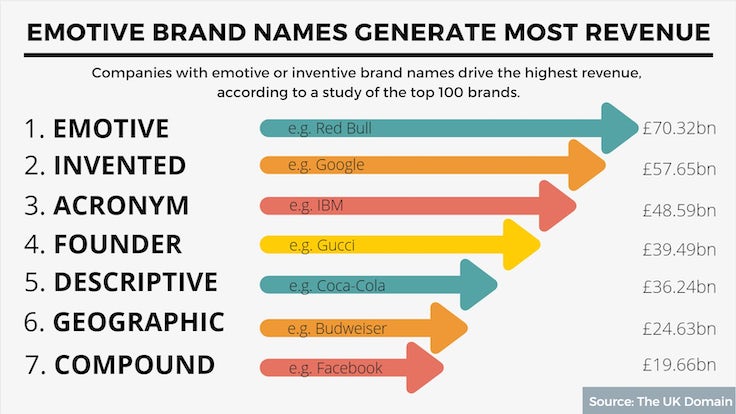 Companies with emotive or inventive brand names drive the highest revenue, according to a study of the top 100 brands.

Brand names made up of acronyms, such as IBM, generate an average £48.59bn, while brands named after founders (e.g. Gucci) took £39.49bn.

Those classed as descriptive brands, like Coca-Cola, have an average revenue of £36.24bn, followed by geographical brands (£24.63bn) and compound brands (£19.66bn). 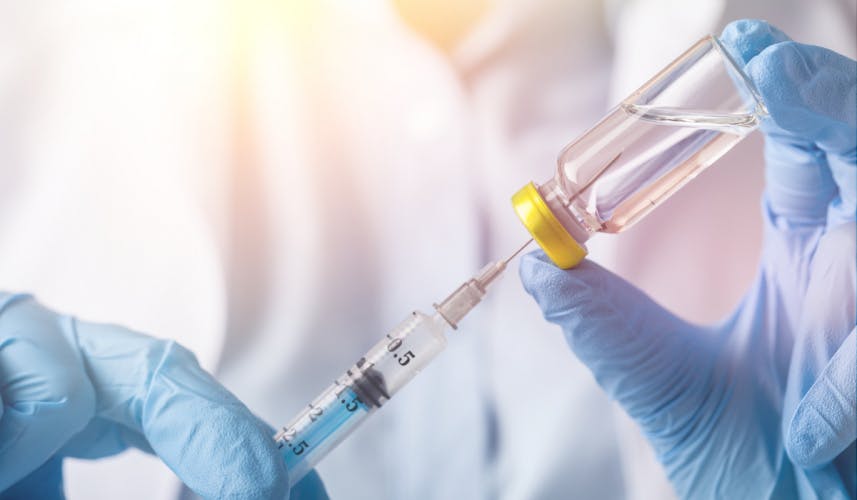