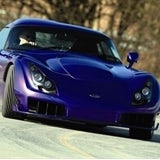 It is not known whether Law, who was appointed director of marketing and press at the company following the departure of Phil James last year (MW September 8), has a job to go to.

A TVR spokeswoman denies Law’s departure was anything to do with the cost-cutting taking place at the UK’s biggest independent sports car manufacturer.

The company announced it was closing its Bispham factory and cutting 71 jobs earlier this year. Last month it said it was moving to a former wartime Lancaster bomber factory near Blackpool Airport. However, the deal is thought to be a stop-gap as it involves a relatively short-term rolling lease.

Although TVR, which says it wants to become “another Aston Martin” producing 5,000 cars a year for sale globally, has yet to file its accounts for last year, it is still understood to be making heavy losses. It made a pre-tax loss of &£11.8m in 2005, equivalent to about 70% of its &£16.7m turnover. It is not thought that Law will be directly replaced. Managing director David Oxley and new communications chief Nigel Gordon Stewart are expected to oversee marketing.