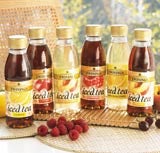 Twinings, the Associated British Foods-owned tea brand, has parted company with agency Leagas Delaney after just over a year. The account is worth about £4m.

The two companies have announced that they are ending their relationship because it has “proved difficult to merge the two cultures”. Twinings is understood to be in the early stages of a review and has seen a number of agencies.

The latest review follows a number of changes at Twinings. In February, it appointed former Diageo marketer Chris Rigby as UK marketing director. His appointment followed the extension of the role of UK and US general manager Paul Murphy (MW November 18, 2004).

Rigby’s first task has been to undertake a major overhaul of the product portfolio and packaging that has led to a recategorisation of its range into five “flavour pillars”. The change aims to make it easier for consumers to find the product they want (MW March 10). Twinings has also relaunched its Iced Tea range in bottles and expanded its distribution (MW April 7).

Meanwhile, Leagas Delaney has been appointed by the World Food Programme to raise awareness of the organisation and the role that it plays in developing countries.