Promoted Videos, which will be marked in the timeline by a “Promoted” banner, will appear in a similar way to Twitter’s video cards in users’ feds. Videos do not run automatically, but are instead initiated by a user click.

Twitter will begin selling Promoted Video ads on a cost per view basis- which is in line with its recent “objective-based” campaigns strategy – to its managed service advertisers across the globe. Marketers will also have access to analytics such as completion percentage and a breakout of organic versus paid video views.

Promoted Video is not currently available to small businesses.

Writing in a post on the Twitter blog, the company’s senior product manager of TV and video David Regan says prior tests of the updated organic Video Card format have shown that tweets containing native Twitter video generate better engagement and more video views than before.

The trial follows the launch of Twitter’s Amplify programme, which has seen the site work with media companies and brands such as the NBA, ESPN, McDonald’s, Vice, WWE, Conde Nast and American Express to help “amplify” the content they broadcast on TV and other media a channels through real-time video, photos and other sponsored content.

Earlier this year after reporting its first quarter results Twitter said its strategy to complement TV would help spur revenue growth as advertisers are “truly recognising that Twitter complements and extends their ad spend on TV” and increases the effectiveness of their media.

Digital video advertising spend in the UK is set to increase by 107 per cent year on year to £673m in 2014, according to eMarketer, highlighting marketers’ growing appetite for the format.

As marketers increasingly turn to video oadvertising, the Internet Advertising Bureau is currently preparing the launch of a baseline metric to state the length of a video ad a user needs to have seen before it can qualify as an impression as the trade body looks to make buying inventory across the web more comparable with traditional media.

In May Facebook announced it was bringing its Premium Video ads format to the UK, which plays video ads automatically as users scroll through their news feeds.

He adds: “Given both Twitter and Facebook’s depth of user data, it’s really important that they both start providing brands with insights deeper than aggregate view volume and length of video watched.

”From an insights perspective, I want to know who watched the content, their other interests, their likely demographic, and other more in-depth user behaviour information. Then, from a technology point of view, I want to be able to structure video content across paid, and earned [media] in such a way that we can truly achieve sequential storytelling” 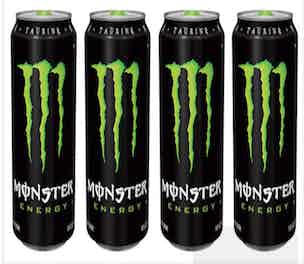 Coca-Cola is to purchase a stake in energy drink business Monster for $2.15bn (£1.28bn) in a bid to turn the brand into a “leading energy player” worldwide and bolster its dominance of the beverage market.

Twitter has admitted that as much as 8.5 per cent of its userbase – some 23 million accounts – are bots which automatically ping the site with updates, but the company has also revealed that more human users are seeing ads served on the site than originally thought.